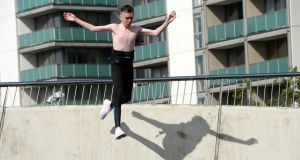 Temperatures are due to rise to 25 degrees on Thursday with warm and sunny spells forecast for this week.

Monday will be dry with sunny spells, though some rain and cloud is expected over western coastal areas which will extend gradually eastwards during the afternoon and evening.

Highest temperatures will be between 14 and 15 degrees in southern and northwestern coastal areas and 16 to 20 degrees elsewhere.

Southerly winds will be mostly moderate but will be strong in Atlantic coastal areas in the morning and afternoon.

Monday night will be cloudy in most areas with some patchy drizzle, mist and fog. Lowest temperatures will be between 7 and 11 degrees.

Tuesday will start off mostly cloudy with a few spots of drizzle but it will gradually brighten up with clear spells developing. Highest temperatures will be between 18 and 21 degrees in Munster and Leinster with cooler conditions in Ulster and Connacht, with highs of 14 to 18 degrees.

It will be dry in most areas on Wednesday with a mix of cloud and sunny spells. Highest temperatures will be between 19 and 24 degrees, with cooler conditions in northern coastal areas.

Thursday is expected to be very warm with sunny intervals. Highest temperatures will be between 20 and 25 degrees but it will be a little cooler on exposed eastern and southern coasts. It will be dry overnight with some drizzle developing in Connacht and west Munster.

Many areas will be dry on Friday with bright spells. However, rain is expected to develop in Connacht and west Munster later with the possibility of some heavy, thundery bursts. Highest temperatures will be between 17 and 23 degrees in southern and eastern coastal areas.

Met Éireann said current indications are for “a good deal of dry weather” over the June Bank Holiday weekend with some patchy rain or drizzle at times.

It is due to be warm and humid with temperatures in the low to mid 20s inland and in the high teens in Atlantic coastal areas.