Tell us where the final four ‘Disappeared’ are, pleads Archbishop 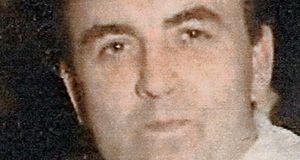 Joe Lynskey, a former monk, who went missing from west Belfast in August 1972 and was executed and secretly buried by the IRA. Photograph: Wave Trauma Centre/PA Wire 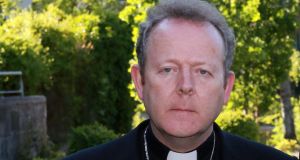 Archbishop Eamon Martin: “These were awful, terrible times. There must be so many people who know that the information that they have is capable of unlocking the uncertainty and grief of families.” Photograph: Nick Bradshaw

The Catholic primate Archbishop Eamon Martin has urged anyone holding “secrets” about where the bodies of the remaining four members of the “Disappeared” are to disclose the information for their families’ sakes.

Archbishop Martin held a special Palm Sunday Mass for the families of the Disappeared in St Patrick’s Cathedral in Armagh in which he said there were church and other people who would willingly act as intermediaries to confidentially pass on such information.

Twelve of the 16 bodies on the official list of the Independent Commission for the Location of Victims’ Remains (ICLVR) have been recovered.

Remains yet to be recovered are those of suspected IRA victims, Columba McVeigh from Donaghmore in Co Tyrone who went missing in 1975; Joe Lynskey who went missing from Belfast in 1972; and British soldier Capt Robert Nairac, who is believed to have been shot dead close to the Border in the Louth/south Armagh area in 1977. The fourth unrecovered body is that of Séamus Ruddy who was killed in France by the INLA in 1985 during an internal feud. He is believed to be buried in a forest near Rouen.

Archbishop Martin, in front of the families of the Disappeared, appealed again to the “conscience of anyone” who could help find the bodies “so that the agonising wait of the remaining families can be shortened and their loved ones can at last have a Christian burial”.

“There are other families, whose loved ones were never included in the list of the Disappeared, who remain anguished and tormented by uncertainty about what happened. These too must be helped to find answers and peace,” said Archbishop Martin.

“All across this island, in Britain and beyond, there are people on all sides who carry secrets – memories of their own involvement in the deaths and injury of thousands of men, women and children,” he said.

“In some cases they pulled the trigger, planted the bomb, blindly followed orders or gave the command for death or punishment. In other cases they willingly drove a car, kept watch, spread fear, collected money or information, sheltered combatants, colluded or covered up, destroyed evidence or intimidated witnesses,” he added.

“These were awful, terrible times. Shocking and horrific things happened. There must be so many people walking around today who know in their hearts that the information that they have locked down inside them is capable of unlocking the uncertainty and grief of families,” he said.

“Those who were involved must, of course, find their own peace with God and with society. For our part, we need to find a mechanism of truth and information retrieval which will allow more of these people to come forward so that many more families can be set free from the agony of waiting and wondering, ‘why’?” he continued.

“Even in the absence of a formal mechanism, I am confident that there are trustworthy people in society and in the churches who would be willing, and could be empowered and enabled, to accept and sensitively share information in this regard,” said Archbishop Martin.

Sandra Peake, chief executive of the Wave trauma centre, which also campaigns for the Disappeared, welcomed the Archbishop’s suggestion that anyone who didn’t want to deal directly with the ICLVR could give information to people they trusted who could then pass it on.

“I would urge people with information to go to whoever they trust,” she said.

Ms Peake said finding the remaining bodies would be a huge relief for the families. She could not speak for Capt Nairac’s family but knew the names of Joe Lynskey, Columba McVeigh and Séamus Ruddy already were placed on headstones by their families.

“The families need the bodies so that they can be given a Christian burial within their home parishes,” she said.

Anyone with information can contact the Independent Commission for the Location of Victims’ Remains from both sides of the Border by phoning 00800-55585500 or by writing to; ICLVR, PO Box 10827, Dublin 2.

At the Palm Sunday Mass Archbishop Mass prayed that everyone would have the “wisdom, courage, right-judgment, and a spirit of cooperation and compromise” to ensure success in the continuing political talks to restore Stormont.