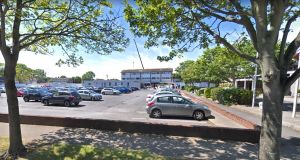 Gardaí are investigating after two males attempted to rob a cash-in-transit van in north Dublin on Friday morning.

The suspects, understood to have been armed with a sledgehammer, tried to gain entry to the van at Bayside Shopping Centre at about 11.10am. The attempt was unsuccessful and the men fled the scene.

No arrests have been made in connection with the incident and investigations are ongoing, according to gardaí.