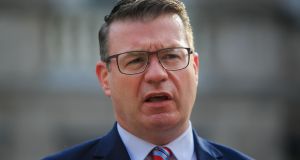 The State is to begin testing new rapid Covid-19 antigen kits in the hope of rolling them out nationwide by the end of the year.

It is understood that groups undergoing routine Covid-19 testing with the standard polymerase chain reaction (PCR) swabs will also be asked to take a rapid antigen test along with it.

Senior sources have indicated that this “validation exercise” will be undertaken over a period of weeks and the results of both standard and rapid tests will be compared.

Depending on the outcome and results of the exercise, rapid testing kits could potentially be approved by the end of the year.

This could prove to be vital in terms of Ireland’s response to growing coronavirus numbers, enabling people to test themselves regularly and get quick results, depending on the cost of the kits.

Taoiseach Micheál Martin on Friday acknowledged that some European countries were “moving faster on antigen testing” than Ireland.

“I know it is being clinically validated in Ireland following the Hiqa study. I know the French are moving on that, the Greeks have moved on it and the Portuguese have, so I think that is significant. That is something that we will have to accelerate in terms of our consideration because many countries think that has a role to play alongside the PCR testing.”

In France, blood tests are available without prescription in pharmacies, which check for coronavirus antibodies.

On Thursday, Tánaiste Leo Varadkar said he wanted the National Public Health Emergency Team (Nphet) to decide quickly on the introduction of rapid testing, and not to take as much time as it did to endorse the use of facial coverings.

In the Dáil chamber, Labour leader Alan Kelly held up an antigen test kit which he said cost €5-€10 and asked: “Why has it taken so long for the expert advisory group to sign off on these?”

He said: “They are not a panacea but they are part of a mix as regards population testing to help organisations and to help with travel.”

Mr Varadkar acknowledged that the PCR swab being currently used costs nearly €150-€200 per test while rapid testing was much cheaper and “you get a result quickly”, and they were in use in German and other airports.

Mr Varadkar said Nphet and the Government’s advisory committee were considering the issue. “I will, however, encourage them to make that decision as quickly as possible. Decisions were made slowly on face coverings. They should not be made slowly on this.”

Meanwhile, the Cabinet is next week expected to discuss again the European “traffic light” system for international travel.

Under that plan, international passengers will be able to bypass quarantine requirements if they take PCR tests, and possibly an antigen test, when leaving and entering EU states.

Passengers arriving from countries deemed Green – having fewer than 25 Covid-19 cases per 100,000 population – will not need to quarantine nor take tests. However, those entering and leaving Orange or Red countries with higher infection rates will be required to take a PCR test three days before leaving the country.