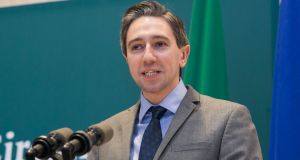 The review will be brought to Cabinet by Minister for Health Simon Harris. Photograph: Gareth Chaney Collins

The State should not take over the direct operation of health services currently run by voluntary hospitals and agencies, but there should be significant changes to existing funding arrangements, a new Government review is expected to recommend.

The review, commissioned last year by Minister for Health Simon Harris, is believed to argue that rather than providing block grants to voluntary hospitals to fund their operations for the year, in future the Government should allocate money for specific services which they provide.

Such a development, if implemented, would see the HSE acquire a greater role in commissioning hospital services.

At present, the Government provides, through the HSE, grants which can run into the hundreds of millions of euro in some cases to voluntary hospitals. The hospitals provide a range of health services to the public under individual service level agreements.

The Irish Times understands that the move towards having the HSE provide funding for specific services is one of the main recommendations of a group established to look at the role of voluntary hospitals in the publicly funded health system.

The group, which was chaired by the former secretary general of the European Commission, Catherine Day, was established last year by Mr Harris in the wake of the controversy over the ownership and governance of the new €300 million national maternity hospital. The hospital is to be largely funded by the exchequer and is scheduled to move to the campus of St Vincent’s Hospital in south Dublin.

There were concerns raised that the new maternity facility could come under the control of the Sisters of Charity who were the major shareholders in the St Vincent’s Healthcare Group.

Last year, the religious order said, however, it would end its involvement in St Vincent’s Healthcare Group and would not be involved in the ownership or management of the new national maternity hospital.

The establishment of the review group also followed disputes between the HSE and several voluntary hospitals over recent years about top-up pay for senior executives.

However, it is understood the new review will recommend that the State should not take over direct control of hospitals and health agencies currently operated by voluntary organisations.

Historically, the Irish public health service has effectively been run as a hybrid model with the HSE operating most of the acute hospitals across the country.

In parallel, there are about 40 voluntary organisations which provide health services – known technically as Section 38 bodies – which include some of the largest public hospitals in the country. On top of this arrangement there are more than 2,000 other voluntary agencies – known technically as section 39 organisations – which receive grants from the State for the provision of health and social services.

The review group was asked to examine the role played by voluntary organisations in health provision and personal social services in Ireland; to consider current and potential issues arising; and to make recommendations to the Minister for Health on the future relationship between the State and voluntary service providers.

It is understood the review has been given to the Department of Health and will be brought to Cabinet by the Minister next month.