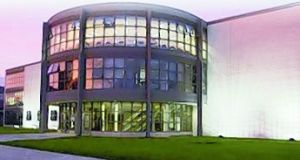 Staff at Dundalk Institute of Technology who are members of the Teachers’ Union of Ireland (TUI) are to go on strike next Tuesday in a dispute over what the union says is the failure of management to consult and engage with it over future strategic direction.

The TUI, which represents about 300 staff at the Dundalk Institute of Technology, said on Monday that while the stoppage will be for one day, it had a mandate for additional strikes in the future.

The union said members had overwhelmingly backed industrial action over a range of serious concerns by 99.1 per cent in a ballot.

The TUI said members had grave and growing concerns regarding the Dundalk Institute of Technology’s strategic future.

“For example, one of the issues that prompted the ballot was the emergence of a plan to establish a fifth school within the institute, a plan sprung unilaterally and without consultation. The plan, if implemented would dispense with established academic quality assurance practices and oversight, and introduce a ‘high cost/low quality’ model of education provision, which is totally at odds with the traditional mission of Dundalk Institute of Technology to provide high quality and affordable education accessible to all.”

The TUI said that under the current leadership at Dundalk Institute of Technology, staff had experienced “an increasingly autocratic and dysfunctional approach which has attempted to suppress open discussion and replace the traditional collaborative way of doing business with a culture of ill-conceived unilateral diktat”.

The union also said that in spite of staff overwhelmingly supporting an immediate move toward Technological University status, the Dundalk Institute of Technology had gone to extraordinary lengths to prevent discussion of this option in academic forums.

Dundalk Institute of Technology said it was disappointed at the decision of the TUI to take strike action and that it continued to seek structured engagement and consultation with the union.

“At present, the institute is actively engaged in a strategic planning process which involves extensive consultation with staff representatives from across the institute in relation to the future direction of the institute. In line with best practice, the institute has organised more than 25 discussion sessions with internal and external stakeholders across a variety of strategic areas. This includes the exploration of all of the viable designation options available to DkIT including Technological University.

“The purpose of this consultation process is to ensure that the full implications of all designation options are comprehended and are appropriately considered for adoption or otherwise within an overall Institute Strategic Plan 2020 to 2022 which will be published early next year,” it stated.