South Dublin homes affected by BusConnects could get €500,000 each, resident claims 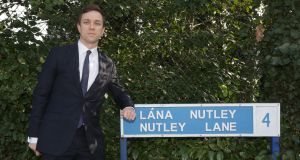 The €2 billion BusConnects plan is facing a raft of objections across Dublin with opposition spreading against newly-announced routes.

Residents who face the loss of gardens under compulsory purchase orders say their complaints are not motivated by “nimby-ism” but a desire for proper planning. The project they say “will cost enormous amounts of money and make things worse” for cyclists, pedestrians and businesses as well as homeowners.

Some residents, including a number of homeowners on the planned route between Rathfarnham and the city centre, also claim the National Transport Authority has seriously underestimated the cost of compensation.

The NTA’s deputy chief executive Hugh Cregan has said the organisation will compensate owners for the devaluation of their properties, and Keith Lowe chief executive of estate agent DNG said this loss in valuation could be up 25 per cent of the value of a property.

Some 100 properties along Terenure Road East and Rathgar Road which have received notices that they may lose part of their gardens, are heritage properties, some valued in the region of €2 million.

“On that basis people on Rathgar Road could argue for devaluation payments of up to €500,000 each,” said resident Paula Moore.

She said there were a further 155 houses along the Rathfarnham route – route 12 under the plan – which would also require varying levels of compensation. The figures could dwarf the NTA’s total estimate of €40-€48 million including construction costs for route 12, she said.

“But it is not about the money. If it were, people may be tempted to take it and retire to the sun. The design of the project is flawed,” she said.

An engineer “who spent five years with the EU on road design”, she said the published justification for creating corridor 12 was based on a seven- or eight-minute saving at peak times. “And this seven/eight minutes includes the time-saving to be made by introducing cashless fares which could be done now, and amount for probably half this time-saving. This is straight out of the feasibility study,” she said.

Cyclist Stephen Bailey said there were 10 bus stops on Rathgar Road “and every time a bus stops it will pull in across the cycle lane. The cycle lane is higher than the road so the level will drop and rise again every time we pass a gate or a bus stop. It is clear someone will fall”.

Rathgar resident Kanti Sabherwal said he had been told he may lose more then 4m of his front garden which would make it very difficult to park in his driveway.

Michael O’Brien of the O’Brien Press said the shortened driveways would mean residents and business owners reversing out into “a six-lane highway”, while parts of the pavement would be reduced from 2.8m in width to 2m. “Nobody will be able to stop outside a shop,” he said.

Dr Peter O’Sullivan said the cut-off in front of his property could make a wheelchair ramp inaccessible while the land take around Christ Church in the centre of Rathgar would severely damage the character of the village. “The plan will cost enormous amounts of money and make this worse,” he said.

Similar concerns have been raised on Nutley Lane in Dublin 4, where bus corridor 14 will take land from RTÉ, Elm Park Golf and Sports Club and St Vincent’s hospital. The club is set to lose part of its tennis courts. According to a draft response to the NTA seen by The Irish Times, the club is claiming it cannot reconfigure its facilities.

St Vincent’s hospital said it received a notice and was expecting a meeting with the NTA on the issue, while RTÉ, which is already reconfiguring its facilities on site said it would not comment.

Barrister James Geoghegan, a Fine Gael local election candidate, said BusConnects was emerging as a significant issue on the doorsteps as householders learned what was being planned. Residents have raised concerns about the impact of the corridor on access to their homes and the felling of close to 100 trees under the plan.

Routes 12 and 14 are among six routes, details of which were announced last week by the NTA. Some 390 households will lose part of their gardens across the six routes.

The project is aimed at reducing congestion while also creating “better and safer cycling facilities”, according to the NTA. It points out that bus services are the main form of public transport across Dublin with 67 per cent of public transport journeys each day made by bus.

A public consultation on the latest routes will run until April 30th.