Seed Savers threatened with closure due to funding cuts 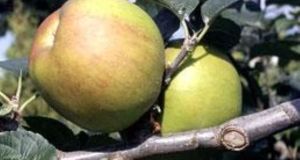 The Irish Seed Savers Association says the project, based in Scarriff, Co Clare, is unsustainable without Government support.

The Irish Seed Savers Association, which protects and conserves heritage seeds, vegetables and fruit, says its closure is inevitable if it doesn’t raise €250,000 to replace the Government funds it has lost in recent years. It says the project, based in Scarriff, Co Clare, is unsustainable without Government support.

Its marketing co-ordinator Geraldine Tobin said funding, from the Department of Agriculture has been drastically cut. “We’ve really been treading water frantically for 18 or 24 months. Every cut has been extremely difficult. We’ve tried everything from cutting as much as we can off daily operational expenses, to cutting staff hours and wages. Those cutbacks have been coupled with a decrease in sales and workshop bookings, giving us a typical perfect storm.”

Ms Tobin said the protection of heritage seeds was “vitally important” work for the State. “A seed bank is a really important piece of infrastructure as it contains, should the need arise, emergency seed stocks.”

HSE says health staff may have contracted Covid-19 in ‘avoidable’ cases 02:45
Half of Covid-positive workers in meat plant were asymptomatic, reports show 02:43
Donegal garda ‘shocked’ at spike in drink- and drug-driving during lockdown 02:33
Covid trauma expected to increase demand for mental health services 02:10
Travel rules unlikely to include mandatory quarantine or cancelled flights 00:25