Most secretaries employed by schools are on irregular short-term contracts, says Fórsa 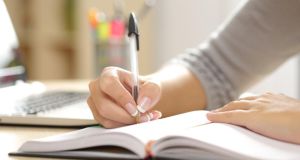 Fórsa has called for many years for school secretaries and caretakers who were employed directly by school management boards to be placed on public service pay scales. Photograph: iStock

School secretaries are to take industrial action from later this month in a dispute over pay and working conditions.

The secretaries who are represented by the trade union Fórsa will commence their campaign on September 20th with a short work stoppage at the start of the school day.

The union said that they would subsequently undertake a “significant” work-to-rule . It said they would withdraw from work on public service systems and databases “on the basis that if they are not paid or recognised as public servants, they would also also refuse to carry out the functions of public servants”.

Fórsa said the dispute was over the refusal by the Department of Education to address a two-tier system which left most school secretaries earning about €12,000 per year under “irregular, short-term contracts that forces them to sign on during the summer holidays and other school breaks”.

The union said a minority of school secretaries were directly employed by the Department of Education and had public service employment status. However it said the majority were hired by school management boards which determined their pay and conditions.

The union has called for many years for school secretaries and caretakers who were employed directly by school management boards to be placed on public service pay scales.

Fórsa said school secretaries had overwhelmingly backed industrial action by a margin of 94 per cent to 6 per cent in a ballot conducted over the summer. The turnout was 68 per cent.

Fórsa said it decided to ballot school secretaries for industrial action after talks with the Department of Education broke down. It said the department refused to discuss proposals to overcome the two-tier pay system that had been in place for more than four decades.

“Union officials who attended the negotiations had hoped to discuss the substance of Fórsa’s claim for pay justice. But departmental officials refused to engage and instead proposed further work on costing the claim - despite having presented detailed cost estimates to an Oireachtas committee in April this year. Cost studies were also done in 2010, 2014 and 2018.”

The head of Fórsa’s education division, Andy Pike said school secretaries had been reluctantly forced into industrial action after decades of inaction and injustice.

“In recent years, school secretaries have done everything short of industrial action in their campaign for pay equality.”

“It beggars belief that another summer has been wasted on number-crunching when departmental cost estimates were passed to the Oireachtas a few short months ago. This is clear evidence that the department is not interested in addressing pay inequalities in our schools,” he said.

School secretary Kathleen O’Doherty said: “Around 90 per cent of our school secretaries are locked out of the regularised pay system. They have low pay, no holiday pay, no sick pay, no real job security, certainly no occupational pensions, and no access to public service salary scales. It’s time this antiquated and discriminatory employment arrangement was scrapped, and replaced with a model that reflects the vast range of responsibilities and tasks school secretaries perform.”