Rules on employment permits for non-European workers to be relaxed 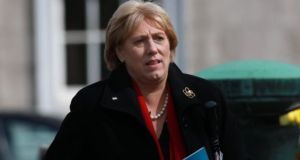 Minister for Business, Enterprise and Innovation Heather Humphreys said up to 300 freight, brokerage and cargo agents and clerks will be permitted work permits in the context of Brexit. Photograph: Nick Bradshaw

Rules on employment permits for non-European workers will be relaxed in an effort boost labour supply in the construction sector and ensure there are enough workers to manage the logistical workload arising from Brexit.

The changes are part of a package of reforms announced today by Minister for Business, Enterprise and Innovation Heather Humphreys. Alongside construction and logistics, the sports sector will also be targeted for reform.

“Construction in Ireland is an important economic sector, which is broadly based across the country, supporting employment in all regions. During the recent economic downturn, it suffered more than most and many skilled workers left Ireland to find opportunities abroad,” Ms Humphreys said this morning.

Ms Humphreys said up to 300 freight, brokerage and cargo agents and clerks will be permitted work permits in the context of Brexit.

“Currently there are no labour shortages for transport and distribution clerks or other logistics personnel. However, the evidence suggests that in the event of Brexit, managed or otherwise, there will be a sharp increase in demand for these skills. For this reason, as part of the Government’s overall contingency planning, I believe that it is prudent to make these extra allowances now,” Ms Humphreys said.

Several new occupations will be added to the lists of jobs which qualify for two categories of work permits - the first being the critical skills list, The new occupations on the critical skills list are civil engineers, quantity surveyors, construction project managers, mechanical and electrical engineers with experience in building information modelling, as well as high performance directors and coaches for high-level sports organisations.

Three more occupations will be eligible for general employment permits, but will have their numbers limited by quotas. There will be a quota of 300 transport and distribution clerks and assistants, and a limit of 250 permits each for plasterers and bricklayers.

The lists are reviewed bi-annually, with the changes set to come into effect on April 22nd. The minimum salary threshold for those applying for either work permit is €30,000

“Our economic migration policy accommodates the arrival of non-EEA nationals to fill capacity gaps in the domestic economy in the short to medium term, while still prioritising, wherever possible, Irish and EEA nationals in the awarding of contracts of employment,” Ms Humphreys said.

She said that the recruitment of high performance coaches from overseas was key to delivering on Ireland’s national sports policy, 2018-2027. The changes, she said, “will make it easier for Ireland’s sporting bodies to attract and recruit coaches and directors with international experience, particularly when it comes to training up the next generation of Irish sports stars”.