Row over whether State funding should be restored to FAI 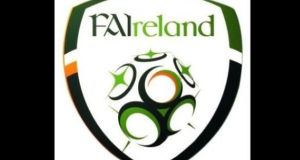 The FAI said it will ‘co-operate fully with any Garda investigation into FAI affairs on the back of the decision by the CEO of Sport Ireland to refer the report to An Garda Síochána’.

A split is looming between members of the Oireachtas sport committee on whether almost €3 million in State funding should be restored to the Football Association of Ireland (FAI).

Following the announcement that the first in-depth audit of the FAI has been referred to the Garda, committee chairman Fergus O’Dowd of Fine Gael said mechanisms should be examined to restore funding in advance of any Garda investigation concluding.

“I mentioned [restoration of funding] to [Minister for Sport] Shane Ross, I said we should find a way of doing it,” he said, suggesting that while a question remained over corporate governance at the FAI, it could be administered to youth clubs by a third party. “I don’t think we can afford to wait.”

His comments were echoed by committee member Marc MacSharry, who is Fianna Fáil’s spokesman on sport. He said it would harm grassroots football to wait months or even years while a Garda investigation progressed, and potentially could be followed by a court case.

“I have asked the Minister to explore mechanisms within which funding can be restored to youth programmes while the investigation is ongoing,” he said.

However, committee member Noel Rock told The Irish Times he did not think funding should be restored. He criticised Fianna Fáil, saying it was “hardly surprising that a party well versed in mismanaging funding and facing no consequences would approach the idea of restoring FAI funding on the day that a report on the organisation’s finances was referred to the gardaí”.

Asked about his party colleague Mr O’Dowd’s support for the return of grant funding to the FAI, Mr Rock said: “I wouldn’t agree with that call, especially not given today’s revelations. Caution is needed.”

In a statement, the FAI said it had yet to receive the full report. “As previously stated, the FAI can confirm that all Government money allocated to the FAI by Sport Ireland was spent appropriately and as intended.”

“The board of the FAI and FAI staff are already co-operating fully with the Office of the Director of Corporate Enforcement in its inquiry into the FAI.

“The Football Association of Ireland will co-operate fully with any Garda Síochána investigation into FAI affairs on the back of the decision by the CEO of Sport Ireland to refer the report to An Garda Síochána.”

The forensic audit, which was commissioned by Sport Ireland, was completed and given to the sport funding body on Tuesday. The report was given on Tuesday evening to Mr Ross, but following a meeting of the Sport Ireland board on Wednesday, Sport Ireland chief executive John Treacy made the decision to refer the report to An Garda Síochána.

In a letter to Mr O’Dowd, Mr Ross said he was unable to share the final report with the Oireachtas committee “as to do so would be to place the document in the public domain”.

He said that the final report “is by its nature a private and confidential document” and legal advice “has highlighted the importance of respect for natural justice in respect of all individuals referenced in the report”.