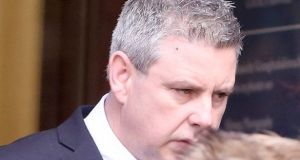 Minister for Transport Shane Ross has said the imposition of community service on a drink driver who killed a pedestrian and injured two gardaí reinforced the need for sentencing guidelines for judges.

On Thursday Adrian Nestor (44) was sentenced to 240 hours community service in lieu of a four-year prison sentence at Galway Circuit Criminal Court.

Nestor was four times over the drink driving limit when he struck and killed pedestrian Liam McDonnell (66) who was being helped into a Garda car by two gardaí.

The court heard Nestor had been drinking at a wake for several hours before the crash. He had a blood/alcohol reading of 272mgs of alcohol per 100mls of blood. The legal limit is 50mgs.

The Minister said “this decision is further evidence of the need for clear sentencing guidelines for the judiciary, especially in cases of drink driving and other road traffic offences.”

The sentence was also criticised by road safety campaigners who described it as an “absolute disgrace”.

Leo Lieghio, a member of the Irish Road Victims’ Association (IRVA), said judges appeared to be “completely out of control” when it came to sentencing drink drivers.

Mr Lieghio’s daughter Marsia (16) was killed in 2005 by a driver with 50 previous motoring convictions and who had been banned from driving. This driver received a 10 month jail term.

“If you don’t pay your tax bill or if you rob a bank you go to jail, you get a long prison sentence,” Mr Lieghio said.

“If you kill somebody [WHILE]drink driving, you get a suspended sentence or community service. There is no justice [in this sentence].”

Mr Lieghio claimed sentences such as that given to Nestor suggested judges were not treating drink driving as a serious crime. “Judges are just giving victims a slap in the face,” he said.

He said drivers in such cases were able to go home every night to their families whereas the relatives of the victim went home to an empty chair.

Mr Lieghio said a minimum jail sentence should apply to a drink driver who kills somebody and an offence of “vehicle manslaughter” should also be introduced.

The recently appointed Road Safety Authority board member said “sentences handed down by the courts should reflect the fact that a life has been taken or the quality of life seriously affected.”

“Road crimes are real crimes and should be treated as such.”

“We feel that these cases should be taken out of the lower courts and treated with the priority that they deserve”, Ms Price said.

Ms Price, who lost her husband in a road crash in 2006, said there needed to be greater consistency in sentences handed down to drink drivers, while also allowing judges some scope for discretion.

“It’s vital though, that there’s consistency and fairness, for all involved. That there’s an effective deterrent, and that justice is seen to be served.”

“You can kill a person and maim two gardaí and still only get a suspended sentence? What is that telling drink drivers?” she said.

“Mandatory sentencing would send out the message that drink driving will not be tolerated.”

Judge Rory McCabe decided not to impose a prison sentence on Nestor after Mr McDonnell’s ex-wife gave a victim impact statement, saying she was “not looking for anything except clemency for his (Nestor’s) young family”.

A probation report confirmed Nestor had suffered from post traumatic stress disorder and depression as a result of the incident and was full of remorse.

The Road Safety Authority (RSA) said it does not comment on individual cases.