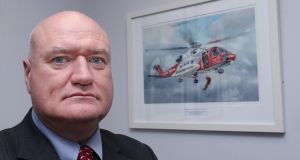 CThe tragic factors that led to a fatal helicopter crash off the Mayo coast in 2017 still exist, an organisation representing pilots in Ireland has claimed. Photograph: Niall Carson/PA Wire

The factors that led to a fatal helicopter crash off the Mayo coast in 2017 still exist, an organisation representing pilots in Ireland has claimed.

The Irish Air Line Pilots’ Association (IALPA) said it is concerned an accident could happen again if the causes contributing to the crash are not comprehensively addressed.

Four members of the Irish Coast Guard air crew died in the Rescue 116 crash in March 2017.

Captain Dara Fitzpatrick (45), Captain Mark Duffy (51), and winchmen Paul Ormsby (53), and Ciaran Smith (38), all died when their Sikorsky S-92 helicopter crashed into Blackrock island off the coast of Mayo.

It is understood that inaccurate charts and risk of fatigue were among some of the contributing factors in the tragic crash.

The Air Accident Investigation Unit is due to publish a report in the coming months.

The pilot union IALPA has urged the Irish Government to make changes to the state regulator, the Irish Aviation Authority (IAA).

IALPA president Captain Evan Cullen claimed there are serious issues with the corporate structure of the IAA.

“The IAA is an outlier in terms of its corporate structure,” he said.

“One of the things that makes it unique is that it has the safety regulatory function. But it also has a commercial agenda under its air navigation service provider function.

“In all other western jurisdictions those two are absolutely separate.

“In Ireland we’ve combined the two, so therefore the organisation has its safety mandate as a regulatory oversight and it also makes money out of the same entities that it tries to regulate.

“Certainly there’s a paradox and that’s not sustainable.”

He added that the reasons behind the crash “are still out there”.

Capt Cullen said the organisation has raised concerns about the regulator on many occasions since 2003.

“Everything from flight time limitations to tiredness, and obviously the navigational inaccuracies, and security issues which are separate to safety,” he added.

IALPA has raised many issues with the IAA in letters seen by the PA news agency.

“The issues raised are quite diverse and what’s been obvious over the years is that the IAA are judging the concerns raised by the source, rather than the actual subject,” Capt Cullen added.

“One of the things that will come out which has already been highlighted in the interim report is that the maps and charts are inaccurate, which was a contributing factor to the accident.

“Other pilots have reported that there were inaccuracies in the maps.

“There were two reports, in 2013 and 2015, that stated the maps were inaccurate and nothing was done about it.”

He has called for the Government to separate the safety regulatory department from the commercial part of the IAA.

Capt Cullen also said that pilots have expressed dissatisfaction in the way the IAA receives and investigates pilots’ complaints.

He said that many pilots who have flagged issues are not made aware if the issue has been investigated or whether it has been addressed.

It also emerged that the Department of Transport failed to appoint an individual to examine the safety and technical performance of the IAA for a long period.

“We discovered that this process had not been done between 2004 and 2014. Even though the law says it has to be done every three years,” he added.

The IAA and Department of Transport did not respond to requests for comment. – PA