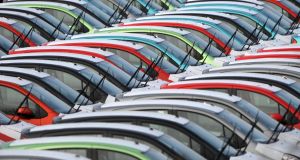 The Republic is in breach of EU law by charging the full vehicle registration tax (VRT) on vehicles that enter the State on a temporary basis, an advocate general with the European Court of Justice has said.

The role of an advocate general is to consider the written and oral submissions to the court in cases that raise a new point of law. They then must deliver an impartial opinion to the court.

The submission is not binding, but they are usually accepted by the court when it makes its final determination.

If the court goes with the submission in this case, it will be particularly felt in Border regions where vehicles entering the Republic from Northern Ireland are routinely prosecuted for not paying VRT.

Currently, the State charges the full VRT on vehicles brought in and used on a temporary basis. Revenue then refunded a certain portion of the VRT when the vehicle left the State and charged an administration fee of €500.

In the conclusion, the advocate general says: “I propose that the court finds that the action brought by the commission in this case is well founded and rules in accordance with the form of order sought by it. Under Article 138(1) of the Rules of Procedure, Ireland must bear the costs.”

The motor sector continued to generate strong returns for the Exchequer in 2016, with €1.5 billion paid in total VRT and VAT from new and used car sales.

1 All students will not return to school even if social distancing rules are relaxed – McHugh
2 Emily Maitlis thanks BBC viewers for support after Cummings row
3 ‘Stick to the guidelines’ - People warned not to gather in crowds as sunny weekend approaches
4 Church closes its doors after flouting public health rules
5 Miriam Lord: Taoiseach is trapped in a Zoom session from hell
Real news has value SUBSCRIBE