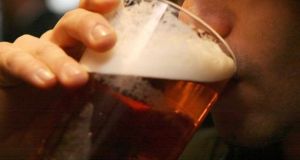 Publicans have called for the 90-year-old ban on serving alcohol on Good Friday to be lifted.

In a now annual plea, the two main organisations representing the licensed pub trade have asked the Government to introduce what they believe is a simple piece of legislation to allow them open their doors on that day.

The Licensed Vintners Association, representing Dublin publicans, and the Vintners Federation of Ireland, which represents pubs outside the capital, said the current law was “archaic and discriminatory”.

Speaking at the launch of their ‘About Time’ campaign in Dublin on Monday, LVA chief executive Donall O’Keeffe said there was no case for the licensed trade to be treated differently to other businesses.

“Easter is a huge tourism weekend right across the country. Forcing pubs and all licensed hospitality businesses to close sends a very negative signal to tourists and visitors who are left baffled and disappointed by the measure,” he said.

Chief executive of the VFI, Padraig Cribben, said the law was over 90 years old and that consumers should be able to go out for a drink on Good Friday if they chose.

He noted many people were choosing to drink at home or were organising parties.

“Friday itself is a very important trading day — for many publicans it accounts for 30 per cent of their weekly business — and this is especially true of bank holiday weekends.”

The two representative bodies said they had drafted legislation that was ready to be brought before the Oireachtas and they urged Minister for Justice Frances Fitzgerald to introduce it before Easter 2017.

A study by Prof Anthony Foley of DCU last year estimated the Good Friday ban costs publicans across the State €30 million, with a further €6 million in excise lost to the Exchequer.

The publicans pointed out that some 35,000 people attending the Ireland v Switzerland match in Dublin last year on Good Friday had been able to consume alcohol in the Aviva Stadium, but could not have a drink in any of the pubs nearby afterwards or beforehand.

One publican at a press conference in Buswell’s Hotel said he had found it “embarrassing” last year to explain to the many visitors in Dublin city centre that day that they could not buy alcohol.