Providing a vital lifeline to Irish prisoners in overseas jails 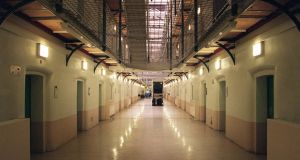 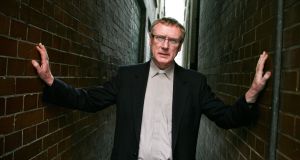 Fr Gerry McFlynn: “[The calls are] very rewarding because you can almost sense the relief at the other end of the phone.” Photograph: Joanne O’Brien

On January 25th, 1985, an ad appeared on the classifieds page of this newspaper seeking a coordinator for am organisation called the Irish Commission for Prisoners Overseas (ICPO).

At that time, scant information existed on Irish citizens detained in British prisons. Families often travelled – usually by ferry – to England, enduring long journeys only to discover on arrival that their loved ones had been moved to another facility. The trips across the Irish Sea became known as “ghosting”.

A young woman named Nuala Kelly replied to the advertisement. Shortly afterwards, she took up a job that required her to “liaise with the families in Ireland of Irish prisoners overseas, research issues of concern for Irish prisoners detained abroad and set up an information service for prisoners and their families”.

When the ICPO was launched five months later, a newspaper noted that while it would help Irish prisoners and their families anywhere, it recognised that “the greater part of its work would cover the 1,000 Irish-born prisoners in Britain”.

Thirty years later the figures remain the same. There are 950-1,000 Irish prisoners in various British jails, mostly in England. Three hundred more are incarcerated across the rest of the world.

Meanwhile, deportations of Irish prisoners from the US and Australia have become increasingly common. But in many cases the former inmates have been gone from Ireland for so long that they have virtually no remaining ties with “home”.

The political landscape has also changed. Convincing people 30 years ago of the need for a prisoner support organisation was very challenging.

“There was a lot of fear around at that time. It was the early 1980s, the Troubles were on,” Kelly says over coffee in a Dublin cafe. “The Prevention of Terrorism Act was actively being used to harass a whole community.”

It was a “really tough time” in the Republic; it was the era of the “heavy gang” in the Garda Síochána. Catering for all prisoners, the ICPO drew the attention of the authorities for its work with the Birmingham Six and the Guildford Four.

The commission sought to “reframe the issue”, making its works about emigration, rather than the Troubles. “But public perception is really hard to shift,” says Kelly. “[The department of] foreign affairs and the embassy didn’t want to know initially.”

But that would change. Relationships were built with families, prisoners, church bodies, statutory services and government departments. A Mansion House public meeting chaired by then law professor and journalist Mary McAleese helped to build momentum in the early days.

“It was very interesting. It was hugely intensive; it just absorbed everybody’s life really for years,” Kelly says. Time was taken up with international and domestic lobbying, establishing European links, pressing for prisoner transfer agreements and working with monitoring bodies.

Kelly says it was a time of ups and downs: elation over successes, deflation over lost appeals. But the organisation continued to gain credibility. “We did research, we got our facts,” she says.

After 13 years, the department of foreign affairs came on board with funding. By the mid-1990s, Kelly says, there was a widespread belief that emigration no longer existed, that the peace process had ended all problems for Irish prisoners abroad.

Faced with changed times, the ICPO, along with its parent body the Irish Catholics Bishops’ Conference, commissioned research to explore whether there was still a need for its services. It quickly became clear there was.

Nearly 40,000 people still leave Ireland every year and the Irish are one of the most highly represented foreign groups in British prisons. “The profile has remained pretty constant over the years,” says Fr Gerry McFlynn.

A priest from Co Down, Fr McFlynn joined the Irish Council for Prisoners Overseas (as it became known) in 1993. Jokingly, he says he is serving life with no chance of parole. He has, Kelly says, an ability to cleave through dense bureaucracy to provide support for inmates.

“The biggest concentration of Irish prisoners obviously is in the London area where there’s a large Irish population,” Fr McFlynn says.

“You’d expect to find it also up in the West Midlands around Birmingham and Coventry, up around Merseyside, Liverpool, and around Greater Manchester and places like that. But beyond that there’s probably an Irish prisoner to be found in practically every prison.”

Spending much of his week on grinding train journeys, Fr McFlynn aims to visit one prisoner a week outside the capital in places such as East Anglia, the East Midlands, the northeast and the northwest

Sometimes, it is health problems or complaints about bullying. Sometimes, prisoners will want to speak to a solicitor from whom they have not heard in months. Sometimes, they need telephone credit to call home. “We’re there to help in any way we can,” Fr McFlynn says. Following visits, he rings families in “Dublin, Cork, Limerick, Galway, wherever” to let them know that a son or daughter is okay.

“[The calls are] very rewarding because you can almost sense the relief at the other end of the phone, especially if they haven’t been in touch with their son or daughter for a period.”

He knows why his charges have been jailed, some for horrific crimes. “There’s nobody in prison for good behaviour. You wouldn’t have them as one of your best friends, that’s for sure. But you just park that somewhere in another part of your mind and don’t bother with it. You try to deal with what’s in front of you, the person in front of you. And you try to help them,” he tells The Irish Times.

He is forthright about the changes in the British prison system. Few of them are good, he believes. Local prisons are being replaced by super-prisons. Private business is also turning incarceration into a commercial operation, “making profit out of people’s misfortune and misery”.

Cuts in legal aid – it has been “virtually abolished”, Fr McFlynn says – has been particularly bad for Irish Traveller prisoners, who make up 40 per cent of the Irish total and who, bar a few, are barely able to read and write.

New trends in emigration bring new problems, says ICPO coordinator Brian Hanley. For example, the number of Irish prisoners in Australian jails has gone from four to 30 in the last two years.

Alcohol or drugs has usually played a part, either directly or indirectly. “I can’t tell you how many times we’ve had somebody that would pick up the phone and say I can’t believe that I’m having to call you,” Hanley says.

“We would have a lot of mothers at our family days. I’m sure 70 per cent of those that attend will be the mother of someone in prison. They often speak about the loss of control,” Hanley says. “They will often say that since the person was a young fella, since he was born, it’s been their job to make things better. And now he’s 21, in Australia and he’s after getting himself into a lot of trouble. And she can’t fix it and make it better; that powerlessness is really quite upsetting for them.”

Hanley says case numbers have increased year-on-year recently as emigration levels went up, “We’re up 20 per cent in the last four to five years.”

This year, it has had 4,650 contacts, ranging from quick email exchanges with foreign consulates and the Department of Foreign Affairs to hour-long phone calls with vulnerable prisoners.

Christmas is a particularly difficult time for Irish prisoners abroad, says Fr McFlynn. “Irish prisoners have a great sense of family. They’re acutely aware of the absence of their families. It’s just a low time for prisoners, it really is,” he says.

1 Murder in a crowded house: The full story of the Patricia O’Connor trial
2 Shane Ross: ‘I lost a friendship with Mattie McGrath completely. He got totally personal’
3 Areas advised to ‘stop everything’ as Storm Jorge hits Ireland
4 Coronavirus: Aer Lingus cabin crew in self-isolation after passenger’s positive test
5 ‘Nobody cares’: Children freeze to death as Syrians flee onslaught in Idlib
Real news has value SUBSCRIBE