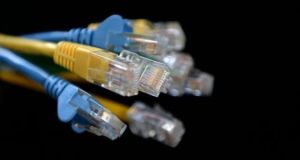 Wireless internet service providers could offer high speed broadband communications across rural Ireland, as an alternative to the €3billion National Broadband Plan, an Oireachtas committee was told on Tuesday.

The Regional Internet Service Providers Association (RISPA) told TDs and Senators a mix of both fibre cabling and fixed wireless technology could be used to deliver reliable high-speed internet without “digging up every road” or using a mast infrastructure and at a cost of “millions instead of billions”.

Marcus Matthews managing director of RISPA told the Oireachtas Committee on Communications the association already manages connections at speeds of up to 1Gbit per second, to up to 125,000 homes and businesses throughout Ireland. He said an expanded system could be “scaled up” without requiring a new network of masts, with equipment being put up on farmers’ sheds or the occasional hill where there was already infrastructure.

Taking County Wicklow as an example he said it would be possible to put in some extensions to the existing fibre network and then using wireless or “radioaccess” to bring high speed communications to the remaining population without “digging up every road”.

He said his own experience of moving from dial-up internet to a 50 Mbit service on a wireless network had convinced him that the National Broadband Plan “does not make sense at all”.

Challenged by Fine Gael Senator Joe O’Reilly that the RISPA approach would lead to a “two-tier” service between those who had fibre and those who did not, Mr Matthews said he was disappointed the Senator appeared not to have understood the presentation that Rispa was making.

Mr Matthews said the current National Broadband Plan included provision for 2 per cent of premises being covered using a wireless approach, which showed that wireless internet already met the specification for the required technology. He said he was concerned “as a citizen” that Mr O’Reilly was not more supportive, that a viable alternative to spending €2.7billion was not being looked at more seriously.

Mr Matthews said “the bottom line” was that the Government was “talking in billions and we are talking in millions”. The Government “has a duty” to consider alternatives to “the biggest contract in the State’s history”. He said Jersey was the only other place that he had ever heard of that achieved the delivery of fibre to every premises and the experience in the UK and elsewhere was to mix fibre and wireless approaches.

However Mr O’Reilly said wirelesss infrastructure could be bogged down for years with objections to sites for the infrastructure and he questioned why RISPA had not fully briefed the Oireachtas committee in the past.

He also questioned whether the association had enough participants to carry out such an undertaking. In response, Mr Matthews said the association had engaged significantly with the Department of Communications and if there was a failure in communication it may have been between the department and the Oireachtas. He said RISPA represented 13 members who were not for the work, only that they were pointing out that there was an alternative to the National Broadband Plan.