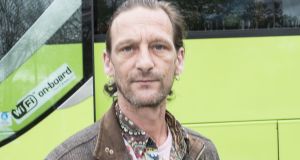 Private bus operators have reported that passenger numbers have stayed a third above normal levels despite the resumption a week ago of Bus Éireann services following a nationwide three-week strike.

Paul Kavanagh, managing director of private bus firm JJ Kavanagh & Sons, said: “Our three main routes, which would be in competition with Bus Éireann, were very busy when the strike was on. And we are happy to say that we are holding good numbers; I would say we are holding a 30 per cent increase.”

Hew said the traffic numbers were perhaps affected by the continuing Easter second-level and third-level holidays period, along with older people taking short breaks. “Next week it could be different.”

Gary Moore, living in Limerick, regularly used the Bus Éireann Dublin/Clonmel, via Kilkenny route, which has now been cancelled. He complained: “I travel up and down to Kilkenny all the time as my parents live there. Generally the story is that there is no connecting buses from Clonmel to Kilkenny anymore. Even knowing where the buses are coming from and what’s available is a bit of nightmare.”

Passengers waiting for services at Bus Éireann’s main depot at Colbert station at Arthur’s Quay, Limerick,and at bus stops on campus at University of Limerick favoured competition on routes between Bus Eireann and private buses, though many are reliant on Bus Éireann.

University of Limerick politics student Jason O’Keeffe travels to and from his home to Charleville, Co Cork, on the public service five days a week, costing him €67.50. “I’m stuck with Bus Éireann as there are no private operators going there at the moment. I’m frustrated with them; trying to get into college for the last three weeks was near impossible and I missed a few days.”

In a statement Bus Éireann said: “The company cannot afford another strike. The financial position of the company is critical, and a viability plan is being prepared for presentation to our board, subject to the decision by our staff in relation to the recommendations made by the Labour Court. ”

“At current run-rate, losses are currently in excess of €10 million taking the cost of the strike into account.”

“The Labour Court has made a recommendation, which our staff are taking the time to consider in earnest.”

Questioned if it had recovered lost business, Bus Éireann said: “This is commercially sensitive but it is true to say that our inter-city services will take longer to recover on certain corridors due to competition, but we will continue to invest to win back customers and to continue to persuade new customers to leave the car behind.”

It added: “Recovery [following the strike] is strong, with many customers welcoming the return of our public service obligation routes, which are State funded by the National Transport Authority, and our commercial Expressway services back for the Easter holidays, which was one of our busiest travel periods.”

Coronavirus: ‘We are not here to go and hide in the Garda Station’ 16:06
Volunteers use online forum to mind children of healthcare workers 15:53
Coronavirus: ‘Last time I saw her was when she was put into the ambulance’ 15:51
Coronavirus: Man who allegedly spat at garda brought to court by gardaí in protective gear 15:44
Irish flight bringing PPE from China arrives in Dublin 15:29