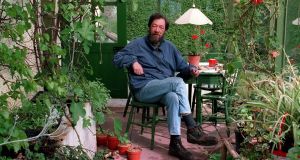 Mr Warner was perhaps best known for his television series Waterways. He was also a columnist for the Irish Examiner.

It is understood he became ill on a boat on the River Shannon near Ballinasloe, Co Galway on Friday.

Mr Higgins said Mr Warner was a dedicated environmentalist and a “wonderful filmmaker, and his beautiful work on the canals of Ireland was outstanding”.

“Only last month, at an event celebrating the 200th anniversary of the opening of the Royal Canal, I referred to his dedication and skill in describing the rich heritage of our inland waterways.”

Tributes appeared on Twitter in the aftermath of the announcement, where he was described as “Ireland’s greatest waterman” and his programmes were fondly recalled.

“Our journey along [the Royal Canal], although it was eventful at times, was filled with amazing discoveries,” he said of the programme.

“I was so taken by it that when the filming ended I immediately repeated the journey in another boat.”

“As well as writing and presenting the original 24 programmes of Waterways (which won the Jacob’s Award) he wrote and presented 18 Voyage programmes about Ireland’s coastal waters,” it said in a biography, listing numerous other projects.

His non-broadcast work, it said, included projects for the Central Fisheries Board, the Loughs Agency, the Office of Public Works, the National Botanic Gardens and Tourism Ireland.