Power restored to 12,000 premises in Wicklow and south Dublin 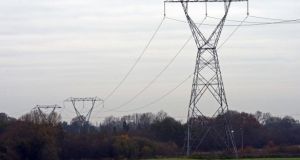 The outage was traced to a fault at an ESB substation in the Fasaaroe area of Bray, while there was also a related problem with a high-voltage cable in the same area. File image: The Irish Times

Electricity was restored around 10pm on Thursday night to around 12,000 homes and businesses in north Wicklow and south Dublin which had suffered power cuts for several hours.

A spokesperson for ESB Networks said the worst affected areas were Bray, Greystones, Delgany and Shankill.

The outage was traced to a fault at an ESB substation in the Fasaaroe area of Bray, while there was also a related problem with a high-voltage cable in the same area.

The spokesperson said emergency crews had worked at repairing the fault which first emerged at around 7pm on Thursday.

ESB Networks has apologised to all customers affected by the outage.