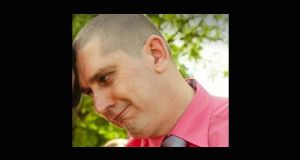 Rafal Skóra, aged in his early 40s, was from Artane in north Dublin.

A man who died following a paragliding incident has been named as Rafal Skóra from north Dublin.

Mr Skóra, also known as “Ralph”, aged in his early 40s and from Artane, is believed to have been on a flying trip in the Wicklow Mountains on Saturday, but failed to return to his home afterwards.

Gardaí and Wicklow Mountain Rescue started a search together with the Irish Coast Guard Rescue team on Saturday. The man’s body was discovered alongside wreckage in a field at Ballinacor Estate, near Rathdrum, at 8am on Sunday.

The body was removed for a postmortem examination. The Air Accident Investigation Unit (AAIU) has been informed and will commence an investigation.

Originally from Poland, Mr Skóra was married with children. It is understood he was an agent for a number of paragliding brands.

‘Best husband to me’

Mr Skóra’s wife, Dominika, told RTÉ News on Sunday: “Rafal was a good friend and a pilot. But most of all, he was the best husband to me, and father to our children. All I’m asking of those who knew him is to never forget him.”

The Irish Hang Gliding and Paragliding Association (IHPA) said in a statement on social media: “It is with our deep regret we wish to inform all pilots that Ralph Skóra died tragically following a paragliding accident.

“Our thoughts and prayers are with his family and friends. The accident is being investigated by the Air Accident Investigation Unit with the assistance of the IHPA. The AAIU will report in due course.”

Philip Lardner, a member of the Irish Hang Gliding and Paragliding Association, said Mr Skóra was a “very popular and accomplished pilot”.

“He had been a member for the last few years and had been to our AGMs and things like that. He had been an active pilot in the sport,” he said.