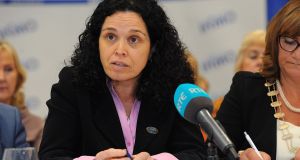 Nurses are understood to have declined to attend a meeting of the group which oversees compliance with terms of the public service agreement which was expected to consider their rejection of Government pay proposals.

It is understood that the Irish Nurses and Midwives Organisation (INMO) believes that such a meeting is premature and is seeking direct talks on pay issues with the Department of Health, the Health Service Executive and the Department of Public Expenditure.

The executive of the INMO is to meet next Monday to decide whether to ballot members on industrial action.

Minister for Health Simon Harris said a fortnight ago that he expected further “engagement” with the INMO to take place over the coming weeks after members of the nursing union voted overwhelmingly to reject Government pay proposals.

However, sources said there had been no direct talks convened but rather the INMO had received an invitation to attend a meeting of the public service agreement oversight body which is chaired by Workplace Relations Commission and oversees compliance with industrial peace requirements set out in the accord.

It is understood the nurses believe that meeting the oversight body would be premature as no decision on industrial action has yet been taken.

The oversight body is scheduled to meet on Thursday and is also likely to consider the rejection by primary school teachers of Government proposals for tackling the two-tier pay system across the public service.

The executive of the INTO is also scheduled to meet next week to consider balloting members on industrial action.

Nurses sought an across-the-board pay rise to deal with recruitment and retention problems in the health service.

However, the Public Service Pay Commission found there was no generalised recruitment and retention problem in nursing and midwifery.

The Government in September – based on recommendations of the commission – put forward a €20 million package of measures aimed at dealing with recruitment and retention problems in some areas of the health service including increased allowances and faster access to promotion posts. The Government maintained between 18,000 and 20,000 nurses could benefit from the proposals.

However, these were rejected by both members of the INMO and the Psychiatric Nurses Association.

Meanwhile, the general secretary of the INTO, Sheila Nunan, said the Government could not ignore the voices of teachers who voted against proposals to address the controversial two-tier pay system in schools.

She told RTÉ’s Morning Ireland it had been “galling” for teachers who joined the service since 2011 and have been at a distinct disadvantage with their colleagues.

“This is a huge issue, it is serious and challenging. We’ve engaged as consistently as we could,” she said.

Ms Nunan added that progress had been made but negotiations had not been “closed out”.