Voters get to voice views on Brexit and the union, with DUP under most severe pressure 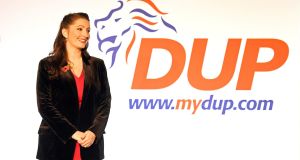 Probably the biggest threat for the DUP is in South Belfast, where Emma Little-Pengelly is the MP. Photograph: Michael Cooper/PA Wire

Brexit has triggered deep passions in the North, and an election will allow voters another opportunity to express what they think of the idea of Northern Ireland quitting the European Union.

The other big issue in this election is likely to be Northern Ireland’s union with Britain. Which issue takes precedence with the majority of voters – the union or Brexit – may determine how this election will unfold.

When the votes are counted in the North’s 18 constituencies in December, the political configuration could look markedly different.

In eight constituencies there is the possibility of a change in political representation. Perhaps only a small number will see new MPs elected and perhaps too there will be no change at all, but these are volatile times and it is difficult to completely fathom the views of the Northern Irish electorate.

Most pressure is on Arlene Foster and her party. Probably the biggest threat is in South Belfast, where Emma Little-Pengelly is the MP. She is facing competition from Claire Hanna of the SDLP, whose former leader Alasdair McDonnell lost the seat in 2017, and from Paula Bradshaw of Alliance.

The advantage would appear to lie with Hanna, but if the Remain vote is evenly spread between the SDLP, Alliance and Sinn Féin, Little-Pengelly could hold on.

With Sinn Féin’s seven MPs refusing to take their seats, the absence of a nationalist voice in Westminster has been a feature of public discourse.

That could also benefit Hanna and could further help the party in Foyle, where former leader Mark Durkan lost his seat by 169 votes to Sinn Féin’s Elisha McCallion in 2017. Here, SDLP leader Colum Eastwood is expected to run and would be viewed as having a reasonable chance of retaking John Hume’s old seat.

In East Belfast, Alliance leader Naomi Long caused the great shock of unseating former DUP first minister Peter Robinson in 2010. Gavin Robinson won that seat back in 2015 but Long would see herself as having a decent chance of regaining East Belfast, if she decides to run.

In Upper Bann the DUP would have some concerns about the chances of its outgoing MP David Simpson, and here Sinn Féin’s John O’Dowd or the Ulster Unionist Party’s Doug Beattie would think they have a chance.

For the past 20 years or so South Antrim has tended to swing between the UUP and the DUP and the Ulster Unionists would feel they have an opportunity to unseat Paul Girvan.

An immediate controversy in coming weeks will be the incoming UUP leader Steve Aiken’s previous statement that he would stand candidates in all 18 constituencies. He will come under severe pressure to alter that position to protect DUP seats such as North Belfast, South Belfast and East Belfast, threatened respectively by Sinn Féin, the SDLP and Alliance.

If he does capitulate he will be expecting at the very least a free run for former UUP leader Tom Elliott in Fermanagh-South Tyrone against outgoing Sinn Féin MP Michelle Gildernew. Even if the DUP stands aside here, Sinn Féin would seem to have the advantage, but it could be close enough.

The DUP has been challenging Hermon in North Down, coming just 1,200 votes behind in 2017. She has resolutely seen off all opposition since 2001.

After European and local election polls, this would be the third big election in Northern Ireland since May. In normal circumstances that could presage a low turnout.

But people in Northern Ireland have a lot to be exercised about at the moment. The absence of powersharing; the “cash for ash” report, which may or may not come before the election; the Irish language; and abortion will all be in the mix.