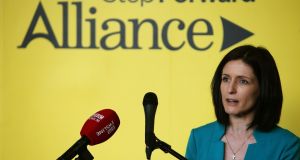 Greater action must be taken to highlight the dangers of alcohol abuse, Northern Ireland politicians have urged, after it was disclosed that the North has recorded its highest-ever level of drink-related deaths.

The latest figures for 2017 showed that the number of alcohol-related deaths in Northern Ireland increased for the fourth consecutive year to the highest on record.

Continuing a trend, the number of alcohol-related deaths was higher among males, accounting for 70 per cent or 212 of the 2017 total. The largest number of such deaths continued to occur in those aged between 45 and 54 years.

The statistics also indicated that there were notably higher numbers of drink-related deaths in areas of deprivation across Northern Ireland. People living in the most deprived areas were four times more likely to die from alcohol than those in the least deprived areas.

Alcohol-related deaths continued to account for less than 2 per cent of total deaths registered each year.

“More must be done to tackle the systemic reasons why people turn to alcohol, be it trauma, poverty, mental health issues and so on,” he said.

“It is unacceptable that in 2019 more and more people are dying from alcohol-related deaths in a time when the risks of alcohol have never been so well evidenced,” added Mr McCusker.

“It is vital that addiction services are properly resourced and adequately signposted to ensure those struggling with alcoholism can access the support services needed to help them overcome their addiction,” he said.

Ulster Unionist Party Assembly member Paul Butler said the “tragic reality” was that the true figure was likely to be higher than 303 deaths in 2017.

“NISRA do not include cases where alcohol was only a contributory factor, such as car accidents caused by drink-driving, people sadly taking their own lives or medical conditions such as heart attacks which were brought about as a result of excessive alcohol consumption,” he said.

Alliance health spokeswoman Paula Bradshaw MLA said there was a need to “break the taboo” around alcohol addiction.

“It is sad to read these figures, not least given the poor quality of life the deceased will have experienced in the lead-up to their death,” she added.

Ms Bradshaw called for the introduction of a minimum-unit price for alcohol, a recognition that a disproportionate number of these alcohol-related deaths occurred in socially-deprived communities, and an acceptance of “alcohol addiction as an illness, many times brought about through mental ill-health, debt and family breakdown”.