Actors, directors, designers have complained about use of co-productions and pay rates 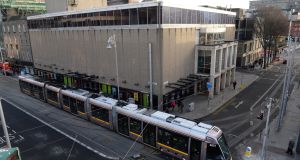 Minister for Culture Josepha Madigan has not ruled out direct intervention in the dispute between the Abbey theatre and more than 300 artists over the national theatre’s changing artistic model and strategic and employment policies.

Ms Madigan told the Dáil that at the moment she was “overseeing what is happening”.

The Abbey has written to theatre practitioners seeking a meeting on February 1st and the Minister said she hoped they would be able to resolve the row over the issues that erupted following the publication of a letter in The Irish Times, signed by 312 theatre practitioners. It expressed grave concern about the theatre’s use of co-productions, which has resulted in fewer in-house plays.

The artists also raised concerns that a two-tier pay system was in operation and that anyone whose work was used by the Abbey was expected to accept Abbey pay rates.

During 20-minutes of questions on the national theatre, Sinn Féin arts spokesman Aengus Ó Snodaigh asked the Minister if she felt any responsibility to look at the concerns and issues herself “rather than hope that the directors of the Abbey and the 300 signatories will sort it out”.

Mr Ó Snodaigh said given the amount of State funding the Abbey received, the responsibility should lie with the Minister to ensure that its vision is implemented. That vision includes “ensuring that people are directly employed” as well as an artistic vision taking in Irish culture, he said.

The Minister said the artistic community placed a “very high value on the legal position I would have as an arm’s length relationship” and artistic freedom.

But she said: “In terms of you saying that I’m just going to let them have a dialogue about this and not interfere. At the moment I’m overseeing what is happening.” She expects a report within a month on efforts to deal with the row.

The actors, directors, designers, agents and playwrights stated that the policy of co-productions had “caused devastation among our ranks” and that there would be no Ireland-based actor on the Abbey stage for the 5½ months up to the end of February.

The Minister agreed with Fianna Fáil TD Niamh Smyth who lauded the bravery of young actors in particular to “put their heads above the parapet” to raise the issues with the Abbey.

She asked if the Minister agreed with the decision to close the Abbey’s literary department, which commissions emerging and established playwrights to create work for the theatre.

Ms Madigan said she was unaware of this but would get back to the Deputy.

People Before Profit TD Richard Boyd Barrett said there was quite a polarised debate on the issue and he had spoken to people who had signed the letter and those who had declined to do so.

“To some extent I think it is up to the theatre and arts community to sort this out themselves.”

He said that the main issue was that workers in the arts “have no security at all - no security of employment, of income or of career path and this is the problem”.

Ms Madigan said that in many respects matters at the Abbey had been positive including increased audiences, greater diversity in productions, gender balance and financial performance.

The Minister acknowledged that it was a very precarious profession and that the Government did have an onus to support their livelihood.