Connect union launches with 45,000 members from construction and electrical sectors 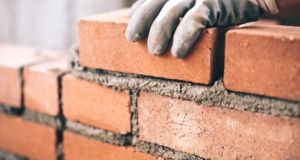 “A scourge for us is bogus self-employment and we are going to tackle that full on,” said the new Connect union. Photograph: iStock

A new 45,000-strong trade union for the construction, electrical and technical sectors has warned it will use its industrial muscle to tackle what it described as the scourge of bogus self-employment in the building industry.

The Connect union, which is an amalgamation of the Technical, Engineering and Electrical Union and the Union of Construction, Allied Trades and Technicians, was formally launched in Dublin on Wednesday.

Connect general secretary Paddy Kavanagh said the new union would have negotiating rights on behalf of 21 out of 25 recognised trades. He said it intended to grow the sector, increase trade union density among workers in those industries and boost members’ earnings through its greater power.

“A scourge for us is bogus self-employment and we are going to tackle that full on,” he said. Asked about whether this could involve industrial action, Mr Kavanagh said: “We’ll use every tool at our disposal – whatever it takes, and we’ll make no bones about that.”

He said the union had members who were told by employers the first week after starting their job that they were self-employed.

“They are not even registering themselves. The employer is registering. That [provision] shouldn’t even be there on the Revenue website. If a person wants to go self-employed, they should take that step themselves.”

Mr Kavanagh said research indicated that the State was losing out on up to €300 million in tax and PRSI as a result of bogus self-employment arrangements.

“Now we can go into a site and say we represent 90 per cent of the crafts there. We will be going in and pushing that big time.”

Mr Kavanagh also said the new union would also be pushing the Government to boost the apprenticeship system.

He said it was no secret that during the recession the number of apprentices fell back considerably “despite our warnings that if this happened, there would be a skills deficit in the country”.

“But that is where we are now. We have a skills deficit. Employers are holding job fairs in Australia and Canada to try to bring people home because the apprentices were not there and the crafts were not coming through.”

He suggested that schools should provide greater promotion to apprenticeships as an option for their students, while the Government should also provide encouragement by either incentivising companies to take on apprentices or by dealing with “penal” fees which apprentices have to pay for their period of training in college.

“Apprentices have to do a 10 to 12-week cycle, depending on their trade, in a college. Ordinary apprentices up to aircraft mechanic can pay €1,000 to €1,400 per training block. Some employers will reimburse the apprentice but the majority will not.”

He said the average apprentice was now starting their training at 19 or 20 and many were living outside the family home. He said a lot of apprentices had children.

He said the Irish apprenticeship system was brilliant but it was at the stage of the first block release that many apprentices were falling out of the system.