Direct provision ‘not a place’ to bring up children 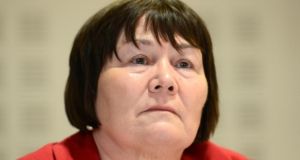 The new Child and Family Agency’s chairwoman Norah Gibbons has said she is concerned about children being brought up in the housing system for asylum seekers.

The new Child and Family Agency’s chairwoman has said she is concerned about children being brought up in the housing system for asylum seekers.

The system is “not a place to be bringing up children” especially because families are kept in it for many years, Norah Gibbons told the joint Oireachtas committee on health and children. She said she wanted to see a “move away” from direct provision, in which asylum seekers and their children are kept in hostels or other often temporary accommodation where they are provided with food and unable to cook themselves. Campaigners have highlighted cramped conditions for families and the negative impact for parents who are not allowed to work. “I hope that in Ireland we can do better,” Ms Gibbons said.

“It is not in children’s best interests to stay there for a long time,” she added. Some children of asylum seekers would end up remaining in Ireland as citizens and “we want the best for them as we do for everyone else”, Ms Gibbons said.

But Minister for Justice Alan Shatter has repeatedly said there is no plan to change the direct provision system. About one third of the 4,627 asylum seekers are children, living in 34 centres around the country.

The biggest group of asylum seekers - 702 - is living in direct provision for up to six years, followed by 690 people living in the system for up to five years; 604 people for over seven years and 599 people for up to four years.

Ms Gibbons also told the committee she hoped the new agency would not become an agency for “troubled children”. It should encourage good parenting, through courses for lone and young parents, and work with different agencies to ensure that children at risk are identified early on. But she said she was committed to the well-being of the 6,421 young people in State care.

The Government has said intends to have legislation setting up the new Child and Family Agency passed later this year. The agency will have a staff of over 4,000 and a budget of nearly €600 million.