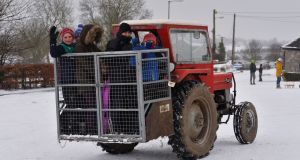 Travelling in style at the Hill of Tara Co Meath during the snowfall associated with Storm Emma and The Beast from the East in February. File photograph: Alan Betson 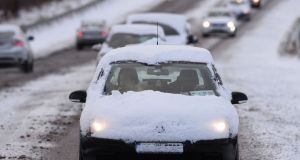 Snow covered cars near the M3 at Dunboyne Co Meath during the snowfall associated with Storm Emma and The Beast from the East in February. File photograph: Alan Betson 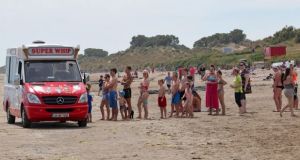 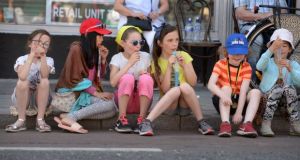 The Irish weather is a perennial obsession, but rarely has it been as newsworthy as it was this year. It was a year dominated by a protracted cold spell in February and March and a long dry and hot spell in June and July.

The largest falls of snow since the winter of 1982 were followed by one of the longest droughts in living memory which lasted most of the summer and has left a lingering impact on water levels. It was the worst drought since 1976 and only in November did water levels start to recover.

It was as a consequence of the “beast from the east”, the major weather event of the year, that the arcane meteorological phrase ‘sudden stratospheric warming’ entered the conscience of the general public.

The polar vortex, a current of air 50 kilometres above the North Pole, weakened, diverting the jet stream for a time and dragging frigid air from Siberia across western Europe.

In late February, it met Storm Emma and the cumulative effect was to blanket most of the country in at least 30cms (more than a foot) of snow. Fortunately, the public heeded the dire warnings from the Government. Schools closed and most public service and transport links came to a halt. Disruption was huge, but fatalities were minimal.

After another cold snap around St Patrick’s Day, the weather returned to normal. In late May temperatures started to rise heralding a spell of good weather which lasted until the middle of July.

The summer was the best since 1995, but it had consequences. A hose pipe ban was introduced in Dublin in early July and remained in place until the middle of September.

Dublin, where demand for water is greatest, only recorded a third of its normal rainfall for the summer and similar rainfall patterns were recorded in the east of the country.

The drought has had a lasting impact on farmers. Vegetable yields are down 20 per cent on average with potato production down by 31 per cent. Cereal production is down this year by almost a quarter.

The fodder crisis which carried over from 2017 got worse this year. Many farmers were saved by a mild autumn with exceptional grass growth, but in many parts of the country the damage was already done.

Farmers in the south-east are reporting a fodder deficit for the year of 35 per cent, according to the IFA. The figure in the south and south west is 22 per cent.

The Central Statistics Office (CSO) estimates that farmers spent an extra €453 million on feed in 2018.

IFA president Joe Healy described 2018 as a very “challenging year” for farmers and weather conditions were “extreme” even by Irish standards.

He added:“It’s often forgotten that we had a long winter from late 2017 which continued right through to March when we had Storm Emma. Then we faced the prolonged drought in the summer, which hampered growth and added significantly to costs. The combination of lower yields and higher costs had an impact on income.”

Irish Water reported widespread deficits in supply across the country especially in the Dublin area. Only since November 1st have levels in the Poulaphouca reservoir been tracking upwards on a daily basis.

Irish Water managing director Eamon Gallen said the public responded well to demands for water conservation during the summer and the drought illustrated the precarious nature of water reserves in Ireland.

With so many memorable weather events, it will come as something of a surprise to many that it was mostly an average year with no significant variations in the annual mean temperatures and rainfall.

However, Met Éireann forecaster Séamus Walsh cautioned that it did not mean that it was not an exceptional year as the extremes of weather balanced each other out.

He said the drought and the high temperatures of late June were “harbingers of the future and one of the things we can expect to happen more often”.

Climatologist Professor John Sweeney said both major weather events of the year might be the result of global warning, paradoxically in the case of the beast from the east.

“What we have seen is that the jet stream has become more unreliable and more wobbly this year. It has meandered more north and south,” he explained.

“There is some research suggesting that is as a result of the Arctic warming up. It is weakening the jet streams making them less direct across the globe. This gives us the extremes. This is what you would expect to see with a changing climate because of the warming of the poles.”