My Budget: 'I don’t see any additional funding for GPs' 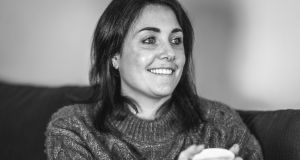 Dr Laura Lenihan says she doesn’t mind that there are no tax cuts aimed at people in her position.

“It was always going to be a tough budget to get right, particularly when it came to health spending,” said Dr Laura Lenihan, a Galway-based GP who is in the process of opening a new practice on the outskirts of the city.

She noted that there was a substantial tranche of budget spending set aside for intensive care and critical care beds in hospitals but she questioned whether the spending would be sufficient to meet demand in the months ahead.

“I think at the very minimum we need another 500 ICU beds across the whole system and I don’t think there is money there for anything close to that number,” she said.

“I don’t see any additional funding for GPs either and many are struggling with higher expenses as a result of the pandemic,” she added. “It is very difficult for everyone working in healthcare and Covid-19 has changed everything.”

She pointed out that in spite of the record level of spending announced by the Minister for Finance Paschal Donohoe and the Minister for Public Expenditure Michael McGrath, the budget would make little or no difference to her take-home pay once all the measures are rolled out next year.

“I am a doctor and I know that I am fortunate enough to have a job and I don’t mind that there were no tax cuts aimed at people in my position. I think what is needed right now is solidarity and more help for people and for sectors who really need it.”

She said it was “clear that the Government is spending massively in many areas and that is welcome. I think trying to give whatever money there is to those most in need makes sense.”

She noted that over recent months with many retail outlets, restaurants and pubs closed and no overseas travel allowed, she had found that her spending had actually fallen significantly while her income had been largely unaffected.

“I think, ultimately, the budget is pretty fair and I think the Government has done what they needed to do to get us through what is probably the most difficult time for the country in our lifetimes.”