May Bank Holiday: what’s on around the country 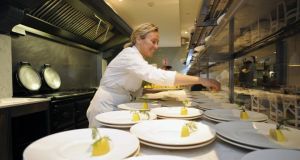 Old rivals Tipperary and Kilkenny will face off in Semple Stadium in Thurles at 3.30pm on Sunday.

The Cats beat Galway 1-16 to 0-15 to earn their familiar spot in the final and The Premier was victorious over All-Ireland champions Clare with 2-24 to 2-16 to get their place. Brian Cody and Eamon O’ Shea’s teams are sure to make the fight for the first national title for the year an interesting one. James Owens will referee the game.

More than 50,000 people are expected to descend upon Limerick to celebrate the 10th annual Riverfest this weekend. In one of the busiest weekends of the year for the city, it will also include the Barrington Hospital Great Limerick Run where 12,000 runners will complete the 6km. The outdoor Thomas Street fashion show, run by Celia Holman Lee, will take place today. The four day festival begins today and runs until Monday, May 5th. Ireland’s biggest barbecue competition, with celebrity chef Clodagh McKenna, will take place on the Saturday. Other events throughout the festival include the Limerick Craft Fair, the Soap Box Derby and the Bartender’s Run.

The Dundalk music festival will start tonight and run until Sunday, May 2nd in Bellurgan Park. The weekend camping festival in Louth will have three stages of live music and entertainment. There will be up to 100 live acts, arts, crafts, traders and food stalls. The line-up for the family run festival includes Hothouse Flowers, Fight Like Apes, Tucan, John Spillane and the Dublin City Ramblers.

The annual festival returns for its 15th year. The programme includes 40 concerts, recitals and jazz trail gigs in the North Wicklow town over the three days of the bank holiday weekend starting tonight. It showcases musicians from Ireland and overseas including the US, Brazil, Norway, India and West Africa.

This year’s Phizzfest arts festival will celebrate the 100th anniversary of the arrival of cinema in Phibsborough, Dublin. Irish set designer Josie MacAvin’s Oscar, which she won for Out of Africa in 1985, and her Emmy, which she won for the mini-series Scarlet in 1994, will be on display at the museum during the festival from today until Monday, May 5th. The film programme also includes the Happenings at the King’s Inns Park with a screening of The Commitments, movies from 1914 and a screenwriting workshop with Ferdia MacAnna.