Man (19) stabbed during row between rival gangs in Cork 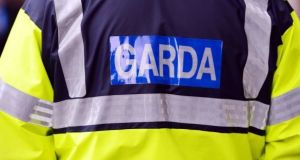 A 19-year-old-man is in a serious but stable condition after he was stabbed during a row between two rival gangs in the city on Tuesday night. File photograph: Bryan O’Brien /The Irish Times

A 19-year-old-man is in a serious but stable condition after he was stabbed during a row between two rival gangs in the city on Tuesday night.

Gardaí in Cork are investigating after the victim received a number of stab wounds to the body when a row broke out between the two gangs of youths in Ballyphehane on the city’s southside.

It’s understood that a number of youths had congregated in Pearse Square in Ballyphehane when a row broke out between them at around 9.30pm.

A number of older men and women, related to members of one group, also joined in the fight which at one point involved up to a dozen people.

The injured teenager, who is from the Palmbury area of Togher, collapsed outside a shop after receiving a number of stab wounds to his side.

He was rushed by ambulance to Cork University Hospital but where he underwent emergency surgery late last night for the stab wounds to his side.

It’s understood the teenager, who had gone to Ballyphehane with three others from Togher, was last night in a serious but stable condition after surgery.

Others involved in the fight received minor and superficial injuries and it’s understood that some may have received medical treatment as well.

Gardaí were alerted and cordoned off the area and preserved the scene and a garda technical team began a forensic examination of the area.

Officers have also begun door to door inquiries in the area to see if anyone witnessed the actual assault or saw who had congregated in the area.

Gardaí have also begun harvesting CCTV footage from commercial premises in the area which might assist them in their investigation into the incident.

And they have appealed to passing motorists, particularly anyone with dash cam footage to contact them at Togher Garda Station on 021-4947120.

Gardaí say they are keeping an open mind as to the motive for the fight but are examining whether it may be related to an earlier fight between the gangs.

It’s understood that one of those from Togher was involved in a fight with one of the youths from Ballyphehane whom he beat up just before Christmas.