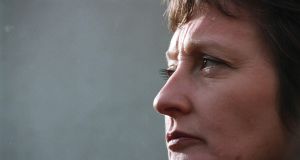 Murdered Belfast solicitor Pat Finucane’s widow Geraldine has been granted permission to take a case to the London Supreme Court seeking a full public inquiry into the 1989 killing.

Her Belfast solicitors, Madden and Finucane said on Wednesday evening that a committee of Supreme Court Justices granted Ms Finucane permission to appeal against the decision of the Court of Appeal that former British prime minister David Cameron was justified in reneging on a commitment given to the Finucane family, and to the Irish Government, that it would hold a public inquiry into the circumstances of Mr Finucane’s murder.

“The only way that the full truth about Pat’s murder can be firmly established, and the extent to which a policy of extra-judicial assassination of which Pat was a victim was authorised by government is by a full transparent public inquiry where witnesses and documents are subject to intense scrutiny,” the solicitors said in a statement.

“We will seek to persuade the Supreme Court at the hearing of this appeal that David Cameron acted unlawfully in refusing a public inquiry and that the court should quash his decision,” they added.

The Belfast High Court in 2015 and later the Belfast Court of Appeal in February this year found that the British government was justified in rejecting a call for a full-scale public inquiry into the UDA killing of Mr Finucane, notwithstanding that such a commitment was given under the British Labour government following the 2001 Weston Park peace process talks in England.

Instead of an inquiry, Mr Cameron commissioned a review of the murder by British lawyer Sir Desmond de Silva QC.

Mr de Silva in his 500-page December 2012 report said there was a significant doubt as to whether Mr Finucane would have been murdered in front of his family at their north Belfast home had it not been for the different strands of involvement by elements of the British state.

He found that a series of positive actions by employees of the British state “actively furthered and facilitated his murder” and there was a relentless effort to defeat the ends of justice in the aftermath of his killing.

“My review of the evidence relating to Patrick Finucane’s case has left me in no doubt that agents of the State were involved in carrying out serious violations of human rights up to and including murder,” he said.

The report did not satisfy the Finucane family who demanded an independent public inquiry. Ms Finucane said the report was a “sham” and a “whitewash”.