London fire death: ‘the most difficult thing is to speculate what happened’ 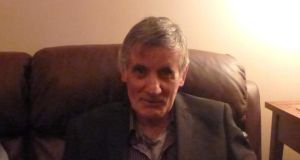 John Nolan, the pensioner who died after being found on fire on a London street. Photograph: Irish Post

Family and friends of Irish man John Nolan are still at a loss at how the 70-year-old’s clothes caught fire on a north London street on Sunday afternoon inflicting fatal injuries.

Mr Nolan, a native of Swinford, Co Mayo, living in London since the 1960s, was on one of his regular walks around his neighbourhood in Tottenham and was said to be looking forward to seeing his home county play in the All-Ireland football final later that day when the blaze occurred.

London Metropolitan Police are treating Mr Nolan’s death as “unexplained,” a spokesman said, and are investigating the circumstances leading to the fire.

Officers have been reviewing CCTV footage and calling to nearby homes and seeking witnesses.

London Fire Brigade arrived at the scene and extinguished the fire, and Mr Nolan was airlifted to a hospital in Chelmsford. He died later in hospital after his life support systems were turned off.

The Mayo man had been in ill health in recent years after suffering a stroke that left him with a pronounced limp. His family are hoping that the incident was an accident.

Before the fire, Mr Nolan was spotted walking with the aid of a stick on the footpath at Orchard Place, not far from his ground-floor, one-bedroom flat.

“It just seems so unlikely from the start, that something like this could happen in the middle of the street. It just seems like a tragic accident,” said Mr Nolan’s nephew Kevin Byrne.

“He must have done it to himself. Maybe he had a new lighter or he was sheltering from the wind and it caught his clothes or hair and he might have been slow to react.”

Mr Byrne said that the family were awaiting further information from the police and from the postmortem to learn how the fire started and spread.

“The most difficult thing is to speculate what happened in those terrible moments but it is better than contemplating somebody doing it to him because that is not human,” he said.

Mr Nolan emigrated to London while still a teenager moving with his four siblings. He worked in the building trade, holding down different jobs. The death of his brother Michael, at the age of 21, in 1974 in a machinery accident badly affected John and the rest of the family.

In his final years, Mr Nolan was looked after by his brother Jimmy and sister Mary.

Staff at the Haringey Irish Cultural and Community Centre, no more than 10 minutes from Mr Nolan’s flat, remember him stopping by for their lunch club for the elderly or their film night.

He is remembered as a caring and kind person who loved his dog Sally and dropped in on a sick friend, despite the pain of walking with his disability.

“More recently, he was vulnerable in his demeanour as well as in his health,” said Teresa Intavarant, manager of the Irish centre’s advice and support service. “He was deteriorating a little bit but he was able to get out and about a bit. He pushed himself a bit because that was the kind of man he was.”

Mr Nolan, friends say, liked to stop into the local bookies to place a bet or drop into one of the neighbourhoods “caffs” for a chat and a cup of tea.

“He was kind of a quiet man but once you got to know him, he had a great sense of humour. He was never far from having a laugh,” said John O’Donovan, an outreach worker at the centre.

Those who knew him were shocked at the manner of his death.

“It was a terrible end for him,” said Mr O’Donovan. “The man should have had a different end.”