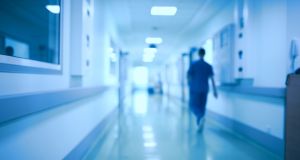 Progress in implementing many recommendations aimed at overcoming barriers to the recruitment and retention of doctors in Irish hospitals remains slow and uneven, a new report submitted to the Minister for Health Simon Harris has found.

The Working Group on medical training and career structure chaired by DCU president Prof Brian MacCraith made 25 recommendations on improving graduate retention in the public health system; planning for future needs and realising maximum benefit from State investment in three reports in 2014.

A new report on the implementation of the MacCraith group proposals found that progress had been made in some areas such as the introduction of improved flexible working arrangements, new arrangements for job rotations, the establishment of an initiative for lead non-consultant hospital doctors and the introduction of the National Employment Record.

However it said feedback received through a monitoring group suggested that “ progress in implementing many of the recommendations remains slow and/or varies between hospital sites, and that some recommendations, although implemented, have not had the desired outcome for non-consultant hospital doctors”.

The report said that delegations representing medical trainees argued that while some recommendations had been implemented, a significant number had not.

“Trainee delegations, however, clearly signalled that while the published progress reports indicated progress on many of the recommendations, there had been little tangible change or impact on their day-to-day working lives and training experience. Trainees highlighted: the high costs associated with training and the inadequacy of the training supports in place; that protected training time is not a reality; service needs continue to take precedent over training requirements; concerns over inadequate mentoring; doctors at all grades are over-stretched and under pressure; the difficulty in retaining doctors in service posts; the lack of tangible improvement in the working environment arising from task transfers; the delay in addressing the public health recommendation; and the need to develop flexible training posts.”

The new report said that while many of the recommendations remained to be implemented, in part or in whole, there had been positive developments which have addressed some of the issues raised in relation to recruiting and retaining doctors.

“There are however, still difficulties attracting and recruiting non-consultant hospital doctors into certain posts, particularly those in geographically remote areas. Similarly, there are ongoing difficulties in filling consultant posts, including pivotal clinical and academic positions.”

Mr Harris said the recruitment and retention of medical doctors who graduate and are trained in Ireland is important for the effective functioning of the Irish health service.

He said that in line with the recommendations of the MacCraith reports, the introduction of the lead non-consultant hospital doctor initiative; improved flexible working arrangements; the creation of a careers and training website; pre-defined work rotations; streamlined training; pay increases; and the introduction of the National Employment Record were all positive developments which he hoped would help make the Irish health service an even more attractive place for doctors to work.

The Minister said he also welcomed the feedback from non-consultant hospital doctors on areas where further progress needed to be made, including the implementation of measures to support the provision of protected training time.