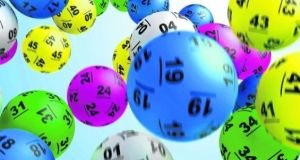 The winner of Tuesday night’s €49.5 million EuroMillions jackpot was an online player in the Leinster area, the National Lottery has said.

The winner of Tuesday night’s €49.5 million EuroMillions jackpot was an online player in the Leinster area, the National Lottery has said.

A notification has been sent to the person’s online account and a separate email has also been sent to the ticketholder, who is encouraged to get in touch to begin the process of claiming their prize.

“We are still waiting to hear from this winner so we are encouraging all of our online user’s in Leinster to check their accounts and emails and if they are the winner, to get in touch so we can officially begin the prize claims process,” a spokesman for the National Lottery said.

“€49.5 million really is a life changing sum of money so we will be carefully guiding this winner through this prize claims process over the course of the coming weeks to ensure that they are fully prepared when claiming this massive prize.”

The National Lottery has also confirmed that it has begun the process of drawing down the jackpot funds from the other nine participating lotteries in the EuroMillions community and expects to be in a position to pay out the prize next week.

In June 2013, a winning ticket sold in Beaumont, Dublin shared a EuroMillions jackpot worth more than €187 million.

A Dublin work syndicate claimed the €88.5 million EuroMillions jackpot in January 2017. The winning ticket was sold at the Applegreen Service Station on the M1 Northbound in Lusk, Co Dublin.