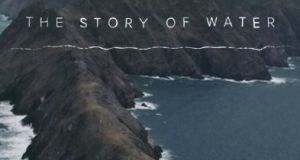 Irish Water said the documentary ‘was considered the most cost-effective way to tell a very complex story’. Photograph: Irish Water

Irish Water spent over €800,000 on a feature-length documentary commissioned as part of a public information campaign on how Ireland uses water, records released to The Irish Times show.

The film, titled The Story of Water, was broadcast on Virgin Media Two in early December. It was produced by blue chip “creative agency” Rothco Accenture, which charged €654,000 to develop, film, produce and edit the programme. The VAT bill for the project was €150,420.

Irish Water said the documentary “was considered the most cost-effective way to tell a very complex story”.

At the height of the political upheaval which followed the last government’s attempts to introduce water charges, Irish Water was criticised for its €70 million spend on experts and consultants, as well as a TV ad which cost a total of €875,000 to produce and air in 2013.

The utility said the high-end documentary was filmed over eight weeks and took a year to produce. It involved research, “recce” and pre-vetting of locations, development, production and postproduction, and interviews with 53 contributors from 20 locations across the country.

“It would not be possible to convey the same amount of information, or create the same understanding about the size and scale of complex problems facing the public water services and the progress already being made, in an advertising campaign,” a spokeswoman said.

It said that in addition to the broadcast, the footage would be used as part of wider public awareness campaigns and training. “In 500 local communities where Irish Water carries out disruptive work, the content will support the utility’s need to inform the public on the need to carry out this infrastructural work and the resulting benefits to their communities.”

Irish Water said the documentary also “highlights the important behavioural change required to protect our water resources into the future and ensure the public awareness of the items they put in toilets”.

Virgin Media said it agreed to broadcast the documentary after it was pitched “to our editorial team as a free-of-charge documentary on conservation and the importance of water”.

Virgin paid a nominal fee of €1 to Irish Water for permission to carry the programme.

The station said it was happy it had complied with its obligations under the broadcasting act, and the fact it was funded by Irish Water was “clearly signposted with a full screen graphic”.

The graphic was displayed before the programme and before the end credits, and there was a product placement logo at commercial breaks.

The BAI said it was “a matter for broadcasters how programmes are funded”, but added that commercial arrangements must comply with its commercial communications code.