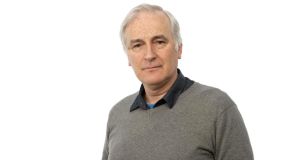 Conference organiser Myles Dungan: “It was as if the huge journalistic advances of the 19th century had never happened”

Irish mainstream newspapers were willing participants in the recruitment of Irishmen into the British army during the first World War, a conference has heard.

Mark Durcan, the editor of the Century Ireland website, said there was “nothing remotely surprising” about press support to bolster the recruitment campaign for the war in November 1915.

The request was made to the editors by Lord Wimborne, then Lord Lieutenant of Ireland.

Irish newspapers were supportive of the war for the most part, but were critical of its prosecution and fiercely opposed to conscription, he told the Gallipoli 100 conference in Kells, Co Meath.

However, they were also highly critical of the quality of reports from the front which they published in their own newspapers, as they were mostly syndicated reports from other news agencies and were heavily censored.

Both the Irish Independent and The Irish Times cast doubt on the veracity of their own news reports and decried the extreme censorship of the war office.

Instead, much of the truth of what really went on was gleaned from letters that soldiers sent home from the front which were eagerly published in the newspapers.

Opposition to the war was fostered mostly by the “mosquito press”, Mr Durcan said, smaller publications which showed great resiliance in continuing to publish even while the authorities tried to shut them down.

He identified the disastrous Gallipoli campaign as a key changer of attitudes towards the war in Irish newspapers.

All the mainstream papers were critical of the conduct of that campaign and there was widespread outrage at dispatches from the British commander in Gallipoli, Sir Ian Hamilton, who failed to give sufficient mention to the bravery of the Irish troops at Gallipoli.

The “ghastly failures” of the Gallipoli campaign were already contested, contributing to a change in mood in the Irish population even before the Easter Rising took place, Mr Durcan suggested.

Conference organiser Myles Dungan said Dublin journalist William Russell, who was one of the first war correspondents, is remembered as having played a critical role in exposing the incompetant nature of the Crimean War to the British and Irish public.

However, newspapers regressed badly in the first World War “and allowed themselves to become mouthpieces of the government and the military”.

Such a stance generated a crisis of public confidence in the credibility of news media. “It was as if the huge journalistic advances of the 19th century had never happened. Journalism had been preparing for half a century for just such a challenge as the Great War.

“To have succumbed to strict and unyielding censorship would have been sad but understandable – but the British press went far beyond obeisance towards outright propaganda and lies.”

Mr Dungan said the ordinary soldiers had become disillusioned by the coverage that he read about in the nespapers.

“The brutal reality of their lives was at odds with the often jaunty accounts of the correspondents and this, understandably, antagonised and disillusioned the soldiers,” he said. “As Phillip Knightley has put it, the ordinary soldier ‘felt he had found the press out and as a result he lost confidence in his newspapers, a confidence to this day never entirely recovered’.”