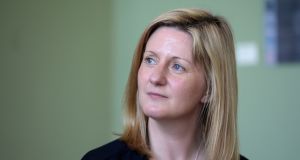 The number of children using the internet and text messages to access Childline’s services increased by a third last year.

Childline said it answered 352,504 phone calls and responded to 29,407 conversations on its online service, which included texts, in 2017.

The Irish Society for the Prevention of Cruelty to Children (ISPCC) said in its annual report that the changes in the way children use its service required it to overhaul its digital service. The websites for childline.ie and ispcc.ie will be improved and it will offer more support online and via text messaging.

The expansion of online services coincides with children’s shift to digital technology in communicating with each other and the world about them, according, Dr Geoffrey Shannon the Government’s special rapporteur on child protection.

Speaking at the publication of the ISPCC’s annual report in Dublin on Monday, Dr Shannon warned that thoughtful supervision of children’s access to the digital world was required.

He said most children believed if they reported issues such as online bullying the first thing that would happen is their parents would take away their smart phone.

He thanked the ISPCC for the “vital” services the it provided, but he questioned whether the State could leave the provision of these supports for young people to voluntary groups when it should be providing such services itself.

Dr Shannon said he was not being critical of Government.

“I think [service provision] is complementary at the moment,” he said. But he added: “It should be up to the State to provide frontline child protection. That is the responsibility of the State.

The ISPCC annual report showed services had to be cut due to “ongoing funding pressure” which had “reduced the scale of our service and the numbers of staff working in the organisation”.

ISPCC chief executive Grainia Long said about 80 per cent of ISPCC funding was raised by voluntary donations and about 20 per cent from Government programmes which the society bidded to run.

There was a drop in public donations in recent years and it was “unfortunate” ISPCC mentoring services for children in Cork and Waterford had been cut due to a reduction in staff. She said existing mentoring cases had not been affected but the reduction would affect the number of new mentoring cases coming on stream.

The report show the overwhelming majority of children who contacted Childline via online did so through its live web chat service.

Conversely, boys found it much easier to talk to Childline on the phone. They constituted 72 per cent of all those who phoned the service in 2017.

Issues pertaining to personal life (43 per cent), abuse and welfare (15 per cent) and relationships (10 per cent) were most frequently raised by children and young people who engaged in two-way interaction contact with the Childline service in 2017.