Insurers paying out on ‘spurious’ claims rather than going to court 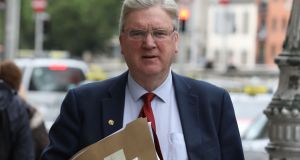 Pat McDonogh, the founder of Supermacs, said he believed insurance companies were settling claims rather than defending them because of the high costs involved in going to court. File photograph: Collins Courts.

The cost of going to court is leading insurance companies to pay out on spurious claims rather than defend cases, hospitality businesses have claimed.

Brian Fallon, of Fallons Restaurant in Kilcullen, Co Kildare, said “even the most fraudulent” of cases were being settled because of the costs involved in hiring barristers and going to court.

He said much of the blame must sit with legal professional who progress spurious claims.

Mr Fallon said the insurance bill for his restaurant and bar has risen from around €10,000 to more than €22,000 in the last 3½ years. He said his claims history was tainted by one claim about four years ago, but he believes the rise in his premium went beyond covering that.

“It is now at the stage where businesses are seriously thinking about self-insuring,” he said.

Mr Fallon said a day in court could involve legal fees of about €15,000 and insurance companies were very inclined to make an offer below that level, regardless of the merits of the case.

He said “the situation with regard to next year is scary” as a number of insurance companies are stepping out of the market. Smaller businesses, which could not afford to self insure by putting money aside for claims, could easily go out of business, he said.

Pat McDonogh, the founder of Supermacs, also said he believed insurance companies were settling claims rather than defending them because of the high costs involved in going to court.

He said the Personal Injuries Assessment Board had worked well in assessing damages “for a while” but that lawyers were increasingly advising clients to go to court.

Mr McDonogh detailed eight cases in which he was a defendant over a two-year period. In just two of the eight cases the claimant received compensation, one was an award of €26,250 and the other settled for €9,000.

He said the total compensation was €35,250 while the legal and other professional costs in the eight cases came to €422,437.

Adrian Cummins, chief executive of the Restaurants Association of Ireland, said his broker Dolmen Insurance advised the association that “a number of insurers have exited the hospitality/leisure market and may not be offering 2020 renewals”.

He said companies including AIG, Axis, Contessa and Surestone had announced their intention to curtail their business with the sector. He predicted that some businesses would “simply not be able to cope with the increases”.

Michael Lennon, of the Westport Woods Hotel in Co Mayo, said his insurance bill for the year amounts to €50,000.

“It is a lot but it covers a lot including liability and employees liability as well as property and loss of profit. We don’t want to be without insurance” he said.

“We try to ensure we don’t get a claim in the first place and there are some options about paying the first €5,000 or €10,000 of a claim to reduce premiums.”

Mr Lennon said the legal costs were a very significant factor in insurance costs and the federation was working with the Alliance for Insurance Reform to lobby Government on the issue.

He said he believed the cost of insurance “and of doing business generally” was too high. “My rates bill is twice the insurance bill,” he added.