Increase in calls to domestic violence helpline expected after Christmas

Christmas can be used by women’s ex-partners to control and abuse them, charity says 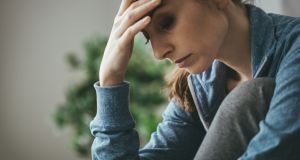 Women’s Aid says some of the tactics used by abusive partners include controlling and restricting a woman’s movement. Photograph: IStock

The Women’s Aid 24-hour helpline will run on Christmas Day for the second year in a row with the anti-domestic violence charity expecting an increase in calls to the organisation after the Christmas period.

Women’s Aid said it doesn’t expect a spike in calls on Christmas Day but that it is often after the festive period that it receives more calls from women seeking help. The charity is launching its Christmas appeal for donations on Monday.

Margaret Martin, director of Women’s Aid said “usually we would see a bit of an uplift when the kids go back to school”.

“Particularly women with small children, they need a window of opportunity to make the call. . .If they’re still living with the partner that can be very difficult as he’s going to be around more [over Christmas],” she told The Irish Times.

“We would get a number of calls on a regular basis where a woman is talking and suddenly, mid-sentence the line goes or she might just say I can hear a key in the door. That happens all-year round.”

Ms Martin said for women who have left abusive relationships, Christmas can be used by their former partners to control and abuse them. She said the frequency of violence towards women can be “much higher” over Christmas as people are consuming more alcohol.

“If you have children and there isn’t much contact, you would have a lot of fathers who would see their children at Christmas all of a sudden. That can be very dangerous,” she said.

“For example there could be women who have to provide access on Christmas Day, if the risk was very high what we would be recommending is that they do that handover in a Garda station.

“You don’t want to be in a Garda station on Christmas Day and women are working as hard as possible to normalise things to try and make their children’s Christmas as happy and as stress-free as possible.”

Ms Martin said some of the tactics used by abusive partners include controlling and restricting a woman’s movement, which makes it difficult to engage with their services.

“Some of the women say they wouldn’t be able to be away from the home for very long. Most women, we would see them in our outreach services, for some women we would see them quite near to where they live,” she added.

“It all depends on the level of risk, the level of control that’s there and sometimes they will have to grit their teeth and make it through until a time when he’s back in work and they feel safe enough to make a call.”

Women’s Aid said there were over 15,000 disclosures of domestic violence through its services and helpline in 2017.

In the same year, 607 incidents of sexual abuse were disclosed, including 323 rapes by current or former partners. The charity said its helpline responds to an average of 50 calls per day.