WRC rules permit must be issued and awards woman € 5,000 in compensation 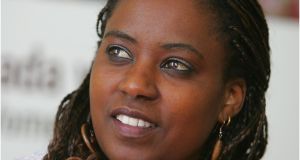 Salome Mbugua: “She is a mother and is trying to provide for her family [and] be productive. It’s a denial of rights that should not be accepted at all,” she said. Photograph: Bryan O’Brien

The Irish Human Rights and Equality Commission (IHREC) has criticised the “bizarre” and “discriminatory” refusal to issue learner driver permits to people in direct provision and asylum seekers.

Salome Mbugua, a commissioner with IHREC, said the latest case of refusal of a licence showed that the State was making it harder for people to access their right to work and move on with their lives.

She was speaking after the Workplace Relations Commission (WRC) found the decision by a State body not to award a drivers licence to a single mother living in a direct provision centre was discrimination on race grounds.

The woman, whose case was taken to the WRC on race grounds, wanted to learn to drive so she could access better work opportunities and childcare facilities. She currently commutes from Munster to Dublin to work as a housekeeper in the capital.

“It [the refusal] has contributed to the detriment of her mental health, depression and stress,” Ms Mbugua said. “She is a mother and is trying to provide for her family [and] be productive. It’s a denial of rights that should not be accepted at all,” she said.

In a decision published on Tuesday, the WRC ruled that the driving licence agency – which is not explicitly named in the finding – must immediately give the learners permit to the woman, and awarded her € 5,000 in compensation.

It also ordered the agency to “immediately amend the 2018 guidelines to take account of the revised status of the applicants for International Protection”.

It comes just three weeks after another asylum seeker was awarded €2,500 in a similar case. In that instance, the WRC ordered the agency to process the application for a learner’s permit, and found that he had experienced discrimination on the grounds of race. The agency is appealing that ruling.

The man involved in that case, who cannot be identified under laws protecting asylum seekers, told The Irish Times he had wanted to get the permit because he was delivering food by bicycle, which was difficult and dangerous in bad weather.

“I am here to earn my bread and butter for my life, I don’t want to be a burden on the State. I like to contribute to the Irish community and the economy, and society,” he said.