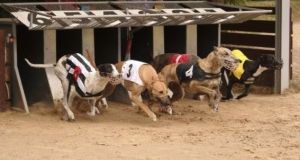 A conference organised by anti-greyhound racing groups has had its booking cancelled by a city centre hotel after it received a number of negative social media posts and abusive phone calls opposing the event.

A conference organised by anti-greyhound racing groups has had its booking cancelled by a city centre hotel after it received a number of negative social media posts and abusive phone calls opposing the event.

Greyhounds Around the Globe, an animal rights conference organised in partnership with the Irish Council Against Blood Sports, was due to be held in Buswells Hotel on November 30th.

However, the booking was cancelled by the well-known Dublin city hotel after the negative posts on its social media pages and staff fielded the some abusive calls.

Carey Theil, a founder of a US group organising the conference, Grey2k, said the event would go ahead after a new venue was found.

The Irish greyhound racing industry has been under increasing scrutiny in recent months following an RTÉ Investigates documentary, which revealed the culling of thousands of dogs over poor performances. The controversy led several sponsors to pull their support for the sport.

A manager at Buswells emailed the conference organisers, Grey2k, on Monday informing it that the booking was being cancelled.

“The hotel has received a large number of adverse postings on Facebook over the weekend that places the hotel in a difficult situation,” the manager said in emails seen by The Irish Times.

“This event is bringing the hotel into disrepute and injuring its reputation. The hotel has been inundated with crank and abusive calls today with members of my staff being threatened, this behaviour is placing the hotel in an extraordinary situation.

“Having considered the event and possible disruption to both you as an organiser and the hotels day-to-day operations, and the threat of protests from members of the public, we have decided there is a real and significant risk to the health and safety of the hotel, its staff and event participants.”

Buswells, located opposite Leinster House on Molesworth Street, is a popular location for events hosted by political and civil society groups and press conferences.

In a joint statement, Grey2k and the Irish Council Against Blood Sports said they would not be deterred or bullied by those complaining. The statement criticised the online campaign against the conference as an attempt “to silence public debate”. They said a new venue would be announced for the conference in the coming days.

A spokesman for Buswells Hotel confirmed the conference booking had been cancelled. “We don’t comment on bookings ... However we have been subject to a number of negative social media posts, and abusive calls” in relation to the greyhound conference, he said.