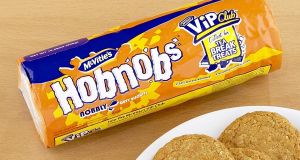 A document instructing judicial staff in the dietary preferences of a Supreme Court judge offers a glimpse into the rarefied inner life of the Four Courts, where assistants share precise advice on skinning fish, preferred apple varieties and the correct receptacle with which to serve cream for coffee.

The document, which has been seen by The Irish Times, instructs a member of staff working for Mr Justice Peter Charleton of the Supreme Court on the best way to source and prepare food for the judge’s lunch.

The judge chaired the first phase of the Disclosures Tribunal and has sat on the Supreme Court since 2014. The document was likely prepared by a judicial assistant who was handing-over duties to an incoming member of staff.

“Judge Charleton is very specific that he only wants English eating apples. This means only certain varieties will do,” it states.

“The mackerel that you’ll buy in Marks & Spencer cannot be served as is, but must have its skin removed. Use a flat-bladed knife to peel the skin, and once you have enough of it prised off from the main part of the fish, you can pull the rest off with your fingers.”

When guests arrive for coffee, it is served “on the little multicoloured cups and saucers with a spoon on the side. The cream is to be put in the pouring cow (don’t worry, I will show you the pouring cow)”.

Any food purchased would have been bought by the judge for himself, not by the judicial assistant. Assistants are generally junior lawyers or recently qualified law graduates. They were introduced during the recession to replace “tipstaff” who were most often retired gardaí or soldiers. The Supreme Court did not respond to a request for comment.

Other preferences revealed in the document are Hobnob biscuits and “thin Orkney oatcakes, specifically, nothing else will do”.