Strike at Dundalk Institute of Technology called off 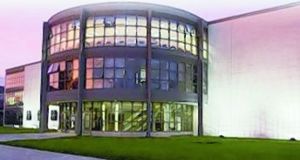 Management at Dundalk IT had also agreed to the withdrawal of a planned proposal to create a fifth school at the facility, the TUI said.

A planned strike by staff at the Dundalk Institute of Technology which was scheduled to go ahead next Tuesday has been called off after management signalled it would move to pursue the status of a technological university.

The Teachers’ Union of Ireland said on Friday it had secured its strategic objectives and the threat of strike action had been lifted.

Members of the Teachers’ Union of Ireland (TUI) had planned the stoppage in a dispute over what it had described as the failure of management to consult and engage with it over future strategic direction.

The union said that management at Dundalk IT had also agreed to the withdrawal of a planned proposal to create a fifth school at the facility. The union maintained that if this had been implemented it would have breached a range of nationally agreements.

The TUI said, in addition, a mechanism to facilitate meaningful consultation was to be put in place while written commitments were also received regarding concerns it had over the functioning of management bodies.

“This is a significant step in protecting the future of higher education provision in the region, and securing the economic, cultural and social benefits that university status will generate for the North East.”

Labour Party senator Ged Nash, who raised the issue in the Seanad on Wednesday with the Minister for Higher Education said: “We wouldn’t have reached this point if it were not for the decision by lecturers and researchers at Dundalk Institute of Technology to take industrial action.

“As a result of the action planned for Tuesday and political intervention this week, management has now changed course and has committed to pursuing Technological University status for Dundalk Institute of Technology and importantly within an agreed timeframe.

“This is a very welcome development for the Institute and for the socio-economic future of Dundalk and the wider region.”