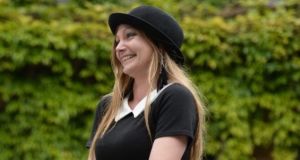 Dr Sindy Joyce, who sits on the Council of State, said she was ‘disgusted’ by Ms Clifford-Lee’s tweets, for which there should be zero-tolerance.

Traveller activists have criticised Martin Collins, Co-director of Pavee Point for accepting an apology from Senator Lorraine Clifford-Lee over derogatory tweets she sent eight years ago.

Mr Collins and colleagues from Pavee Point met Ms Clifford-Lee, a candidate in the forthcoming Dublin Fingal by-election, on Friday. She had sought the meeting to apologise in person for tweets in which she tweeted offensive terms, including “knacker” and “Pikey” before she was involved in politics.

Following the meeting, Mr Collins described the apology as “sincere and heartfelt” and said Ms Clifford-Lee understood the “hurt” her comments caused. He said he was accepting the apology on behalf of Pavee Point only and not on behalf of the wider Traveller community.

Dr Sindy Joyce, who sits on the Council of State, disagreed however saying she was “disgusted” by Ms Clifford-Lee’s tweets for which there should be zero-tolerance. Accepting the apology amounted to “letting her away with it”, she said.

“Those words have been used for a long time against my community, causing huge damage to children and adults and we, as society, allow people in positions of power to get away with using them.

“I do wonder if she had used the ‘n’ word would she be allowed to continue on in her position. I could accept the apology if it was one or two comments and she was very young but I don’t feel the apology is sincere. I think she’s sorry she got caught.”

Julie O’Reilly, former local election candidate in Longford had by Friday morning gathered almost 200 signatures on a petition calling on Mr Collins not to meet the senator.

She said: “We do not accept nor want her apologies.” She said Pavee Point did “not represent all Travellers” and when media accepted the organisation as representing the Traveller view, it “leaves many in our community voiceless”.

Asked about the terms used in the tweets Ms O’Reilly said they were “painful”. She was first called names on her first day in school, aged five.

“I went into school that day with my mother, looking up at the sky. I left looking down at the tarmac hoping no-one would see me. Those comments are very painful and do huge damage.”

Trish Nolan, and activist based in Athlone, said she could not accept Ms Clifford-Lee’s apology.

“I am very fond of Martin [Collins] and when I feel he’s doing the right thing I’ll agree with him. But on this I just can’t.”

Mr Collins “profoundly” disagreed with them, saying: “The only way to change people who are racist, ageist, sexist is to engage in a dialogue with them. I do not believe in this policy of non-engagement. It’s not feasible, it’s not sustainable, it’s not effective. We have to reach out and engage.

“You’re not going to please everyone, but I have been campaigning against racism for 35 years and I have to do what is right by my conscience.”