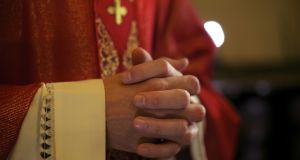 Financial support in Ireland for the clergy has always been voluntary, the Catholic Communications Office said.

The Health Information and Quality Authority (Hiqa) is aware that nursing home residents have been charged for religious services, but it has received no complaints about the issue.

The authority was commenting following claims that residents were being charged €20 for Mass.

Dublin city councillor Christy Burke told RTÉ’s Today with Sean O’Rourke show that one family told him their parent had been charged €20 for attending Mass at their private nursing home. He pointed out that the priest had not been paid.

Cllr Burke said he had been inundated with calls from constituents concerned about the extra fees being charged for some activities in private nursing homes.

“Patients are being charged up to €100 a week for activities,” he said of the continuing controversy over top-up charges in private nursing homes for services not covered by the Fair Deal scheme.

Some nursing homes make contributions to clergy for the provision of religious services and this is reflected in charges to residents as part of a range of services, Nursing Homes Ireland chief executive Tadhg Daly said.

But he was unaware of specific charges being imposed on residents for Mass. Mr Daly said: “Generally the provision of required services, that support all residents daily social, activity and spiritual needs (that are not covered by Fair Deal), are bundled into a weekly or monthly charge.

“In addition, activities and social programmes, including religious services within the nursing home, can and do change on a daily or weekly basis to reflect the individual needs, choices and wishes of residents.”

Mr Daly said nursing homes agree contracts for any fees in advance. “We provide template contracts and any fees charged are fully transparent.”

A spokeswoman for Hiqa said when an inspection takes place it looks for the contract of care between the resident and the home and “this should be open and transparent about what fees are being charged”.

The authority would welcome a strengthening of the regulations on charges. Hiqa said it was engaging with the Competition and Consumer Protection Commission, which is updating regulations on consumer contracts for nursing home residents.

A spokeswoman for the commission said it was “at the very early stages of engagement with Hiqa” on this work.

The Department of Health said Minister for Health Simon Harris had “ not received a correspondence from Cllr Christy Burke on this particular issue”.

Minister of State for Older People Jim Daly “has asked the interdepartmental working group overseeing the implementation of certain recommendations contained in the Fair Deal review to examine the area of additional charges”.

The Minister will be meeting the ombudsman to discuss the issue of additional charges to nursing home residents.

Martin Long of the Catholic Communications Office said priests were happy to minister the sacraments to the elderly of the parish and those in nursing homes when invited to do so. They did this throughout the month but especially on first Fridays.

“Financial support in Ireland for the clergy has always been voluntary in nature,” he added.