Hard-working Varadkar wanted to stand out from the crowd 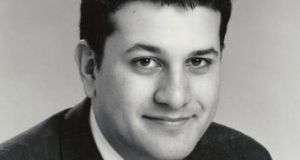 The scene is a Dublin count centre in 2004. Leo Varadkar, a 25-year-old political novice, had just received nearly 5,000 first preference votes, a staggering number in a local election and the highest in the country that year.

Varadkar was elected to Fingal County Council on the first count. His political mentor, Fine Gael Senator Sheila Terry, looked on with what observers thought was a slightly worried look.

“I remember the look on her face when she saw the pile of votes. I think she was wondering if she had created a monster,” one of Varadkar’s early political rivals recalled to The Irish Times this week.

Varadkar owed Terry his start in politics. The year before Terry had co-opted the trainee doctor into her council seat after her appointment to the Seanad.

She had good cause to be worried about Varadkar’s electoral ambitions. When the 2007 general election came around, Varadkar was quickly selected by Fine Gael to stand in Dublin West. Terry was not. It’s one of several anecdotes local politicians like to tell to demonstrate the early stages of Varadkar’s drive and ambition.

“No one could ever question his work rate,” recalled another local rival from his Castleknock local election ward. “Anything that was local he was all over it, and he had detailed leaflets out about it before anybody else.

“Apparently when he would be sitting in at a council meeting he’d be folding leaflets right there, half listening. I don’t know if it’s true but I can believe it alright.”

“That’s true, alright,” a party colleague confirmed. “[It] used to drive the rest of us mad”.

Varadkar wanted to stand out from the crowd, a difficult task in the world of local government. One approach was to go against the tide in his own party.

In the mid-2000s there was broad support among the centre-right political parties in Fingal for a vast programme of house-building to accommodate the growing economy. However, Varadkar often went the other way

“On the council he started to make a name for himself in opposing controversial rezoning,” said TD Ruth Coppinger, who was then a Socialist Party councillor in Fingal.

“Leo would have public meetings with posters up, which the right-wing parties tend not to do. But then you would see his colleagues from his side of the house voting for these policies. So you’d have to conclude there was an element of opportunism on his part.”

During his first year in the Fingal council chamber Varadkar was “quiet, media-shy and looked as though he didn’t belong”, according to one reporter who covered the meetings at the time.

He soon grew out of that shyness, and developed a knack for getting into the national newspapers, partly through writing them so many letters; he penned at least 15 letters to The Irish Times before becoming a TD.

His gift for a good sound-bite also helped. Criticising minister for transport Martin Cullen during a debate on road tolls in 2007, Varadkar said: “I would not trust that man to wash my car.”

This view of Varadkar as an ambitious single-minded politician is not shared by everyone.

“He was a grand guy. He didn’t seem at all ambitious. Everyone around him was ambitious, including myself, but he didn’t seem to be particularly ambitious,” said Tom Kelleher, then a Labour councillor.

Independent councillor David O’Connor agrees. “He could make the tough decisions. He was quite objective about planning matters. If he felt it was the right thing to do, he would go for it.”

Almost everyone contacted by The Irish Times remembers his capacity for work.

“At the time he was doing his medical training. I don’t know how he did both with the crazy hours doctors do, but it seemed to rest easy on his shoulders,” said O’Connor.

On a personal level Varadkar is remembered by some as an easygoing colleague who liked the rough and tumble of local politics but worked well across party lines when he had to. Others recalled a slightly awkward young man who could be friendly one day and cold the next.

“He was very easy to engage with,” said O’Connor. “I wouldn’t have been a close personal friend of Leo’s, but anytime I’d see him we’d have a chat. He was a doer rather than a talker.”

“He was okay to work with, but not always,” said a party colleague, who asked not to be named. “He would annoy his own colleagues more than anyone else. He wasn’t the most disruptive on the council but he wasn’t that easy to get on with.”

This was echoed by a political rival. “On a personal level he was generally grand. I find him not terribly warm. He was hot and cold, he would chat to you fine some days but the talk would always be quite political.”

When he did come out of his shell, the young Varadkar was also prone to the odd ill-advised outburst.

“He could get very exuberant back in the day,” said one councillor. “As a young turk he used to hammer it into Brian Lenihan, much in the same way that Jack Chambers [a Fianna Fáil TD] does to Leo today.”

Two weeks before the 2007 general election which saw Varadkar elected to the Dáil, the candidates were outside a rural church in Swords waiting for the parishioners to emerge so they could press the flesh.

“Fianna Fáil was on the ropes a bit in the polls. It was Saturday Mass and very quiet outside. Leo saw Brian Lenihan and basically started shouting up the road at him saying ‘Brian, you’re in trouble, have you seen the polls, Brian?’ The Fine Gael handlers were trying to shut him up, they were morto.”