Government pulls in €16.5m in revenue from tax on sugary drinks 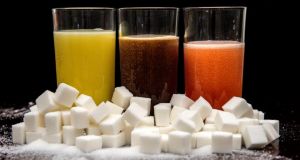 The government pulled in just €16.5 million in revenue from a tax on sugary drinks that was projected to net €30 million in extra revenue for the State.

The sugar sweetened drinks tax was introduced in Budget 2018 as part of an effort to curb consumer preferences for drinks with heavy sugar content.

Minister for Finance Paschal Donohoe told Sinn Féin finance spokesman Pearse Doherty this week that revenues from the tax had disappointed, adding that forecasting the accurate level of revenue from the tax had been “challenging” as it was a new tax.

He also said that a slightly later commencement date for the tax – May 1st, 2018 instead of April 1st –was partially to blame for the shortfall.

Mr Donohoe defended the lower than projected revenues from the tax, arguing that the primary purpose of the tax “is to change behaviour rather than to raise revenue. As such, the early indications are that the tax is working effectively in reducing the volume of sugar sweetened drinks being consumed in Ireland”.

The Department of Finance is predicting a yield of €35 million from the tax in 2019.

However, since the tax was first mooted in 2014, estimates on the yield that could be expected have consistently fallen, according to statistics compiled by an industry group which opposed its introduction.

According to the Irish Beverage Council, which is a division of employer’s body Ibec, the anticipated monthly yield from a sugar tax was initially €11.18 million per month, according to a Department of Finance projection undertaken in September 2014.

However, this has fallen consistently, coming in a €3.38 million in May of last year, and now an actual level of €2.75 million per month. Colm Jordan, director of the Irish Beverage Council, said that the yield was less than predicted because of the changing preferences of Irish consumers.

The introduction of the tax was strongly supported by the Irish Heart Foundation (IHF). Commenting on the yield, IHF head of advocacy Chris Macey said that the tax was an “unqualified success”.

“It has taken a massive amount of sugar out of children’s diets by incentivising manufacturers to significantly reduce the sugar content of drinks, while also reducing consumption by increasing prices. The reduction in the sugar content of many popular soft drinks is likely to be the reason for the lower than expected revenue,” he said.

Mr Macey added that the government should extend the tax to cover milk-based drinks with added sugar, and ring fence the revenue to tackle childhood obesity.