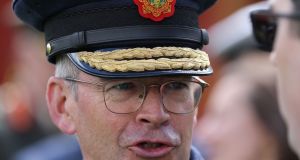 Garda Commissioner Drew Harris to be honoured by the queen. 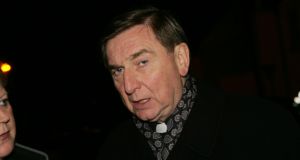 The Garda commissioner and former PSNI deputy chief constable Drew Harris was awarded a Queen’s Police Medal (QPM) for services to policing and the community in Northern Ireland while Passionist priest Fr Brian Darcy received an order of the British empire (OBE) for services to community relations.

Mr Hamilton, who is retiring at the end of this month, was knighted for services to policing and the community.

The North’s Police Ombudsman, Michael Maguire, who also is retiring at the end of this month, was made a commander of the order of the British empire (CBE).

Dr Maguire, who this week has been involved in a dispute with Mr Hamilton over the arrests of journalists Trevor Birney and Barry McCaffrey, received his award for services to justice in Northern Ireland.

Mr Hamilton said he was “delighted” with the award. “It has been an honour and the highlight of my career to have served as chief constable of the PSNI,” he said.

“Any success I have achieved has only been possible because of the sacrifice and support of my family and the women and men of the Police Service of Northern Ireland, ” he added.

Dr Maguire said he too was “delighted” with the award and saw it as “recognition of the importance of the value of our work in of the Police Ombudsman’s office”.

Kieran Donnelly, the North’s comptroller and auditor general received a companion of the order of Bath (CB) for services to the Northern Ireland audit office.

More than 70 people from many walks of life in Northern Ireland were honoured in the birthday list.