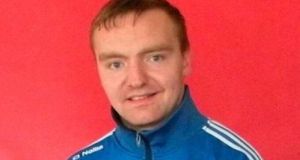 The funeral of an Irish J1 student who died several days after suffering a cardiac arrest following a swimming accident in the US will take place next Monday.

Philip Leahy (22) from Ballyhooly, Co Cork died at Maryland General Hospital on Sunday August 6th in the presence of his mother Anne and his brothers William and Patrick.

He got into difficulty while swimming in Ocean City the previous Wednesday and had to be rescued from the water.

Philip was due to attend his conferring at CIT in October having received an honours degree in Business.

Dr Dan Collins, Academic Affairs and Student Administration at CIT, has appealed to Philip’s friends to contact the college for support and counselling.

“So one of our colleagues on the academic staff who would have lectured Philip in his final year has kept daily contact with Philip’s friends in the United States.

“We have also offered through him to them the support of our professional services at the college.”

Mr Leahy was well known in GAA circles in Ballyhooly having captained the local GAA football team to a Cork county Junior B championship less than a year ago.

In a statement Ballyhooly GAA said they were deeply saddened at the passing of the 22 year old. They thanked locals for contributing to an appeal set up in his honour.

Mr Leahy will be reposing at Ronayne’s Funeral Home in Fermoy with rosary this Saturday at 8pm.

Removal will take place from 5.30pm to 8pm on Sunday followed by removal to the Church of the Nativity, Ballyhooly.

His requiem mass will take place on Monday at 2pm with burial following at the adjoining cemetery.